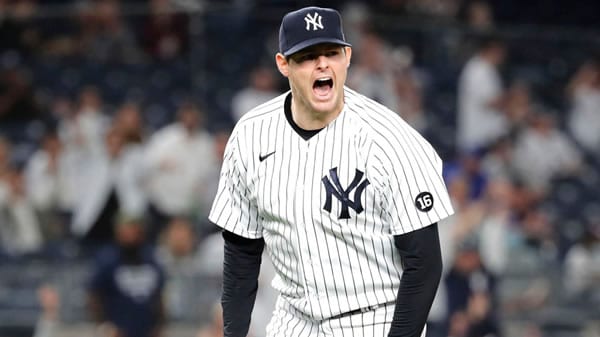 The New York Yankees host the Los Angeles Angels on Tuesday, May 31st at Yankee Stadium. The first pitch in this matchup is scheduled for 07:05 ET. The MLB Odds Board places New York as the favorite (-134), with an OU line set at 9.0.

The Angels will look to rebound from a close, 11-10 loss to the Toronto. Los Angeles’s pitching staff finished the game by allowing 13 hits, leading to 11 runs. On offense, the Angels’ 12 hits and 10 runs ended up not being enough to pull out the win. Angels suffered the loss, despite being favored at -160.0. So far, the team has been the favorite in 41 of their games, winning at a rate of 59.0%. Together, the Angels and Toronto combined to surpass the over-under betting line set at 8.0 runs. This result is part of a larger trend, as Los Angeles has the over has hit in more than half of their games (23-22-4).

After their 5 most recent games, the Angels have gone just 0-5. In this rough stretch of games, the team’s run differential comes in at -11. In their last 5 contests, Los Angeles is averaging 4.6 runs per game, right in line with their season average of 4.80. So far, Los Angeles has won over half of their 15 series played, going 9-4-2.

In New York’s last outing, they fell by a score of 4-2 to the Rays. Despite the losing effort, the team’s pitchers held the Rays to 4 runs and 2 hits. With their 9 hits, the Yankees could only muster 2 runs. Leading into New York’s loss, they were the underdogs, getting 125.0 on the moneyline. So far, the team has gone into 4 games as the underdog, still finding the win column at a rate of 75.0%. With this result, the Yankees and the Rays combined to fall below the over-under line of 6.5 runs. Now, New York had an over-under record of 21-27-0.

In their last 5 games, the Yankees have put together a record of 3-2. Their recent success is backed by an average scoring margin of 5 (last 5). New York has benefited from strong pitching, as their offense has slipped in their last 5 games, averaging just 2.8 runs per game. Their overall average sits at 4.58. On the season, New York has won more than half of their series, going 11-2-2.

Today’s matchup between the Los Angeles Angels and New York Yankees will be their first meeting of the season. Last season, Los Angeles picked up the series win, winning 4 games compared to 3 for New York. In these 7 meetings, the two teams combined for an over-under record of 4-3, with the average scoring differential sitting at 2.57 runs. Last year, the two teams combined to average 10.86 runs per game.

Free MLB Pick: Angels Moneyline. Question: Did you know that you can bet on baseball (and all sports) at reduced/discounted odds? Why pay more when you could be paying less at BetAnySports Sportsbook?