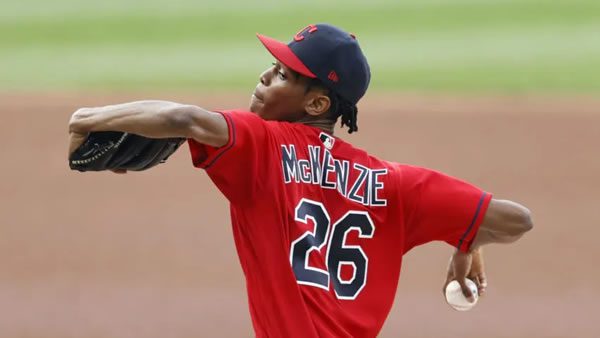 Money Line: Astros -140 / Guardians +117 (Bovada - 50% bonus! Rebates on ALL your bets; even if they win! BEST live betting platform on the web! HUGE wagering menu! What more could you ask for?)

The Cleveland Guardians host the Houston Astros on Sunday August 7th at Progressive Field. The first pitch in this matchup is scheduled for 12:05 ET. The MLB Odds Board places Houston as the favorite (-140), with an OU line set at 8.0.

The Astros come into this matchup having suffered a 3 run loss to the Guardians (4-1). Houston’s pitching staff finished the game by allowing 10 hits, leading to 4 runs. With their 6 hits, the Astros could only muster 1 run. This defeat came despite being favored at -162.0. Through 93 games as the favorite, the team has found the win column at a rate of 67.0%. Together, the Astros and Guardians stayed below the over-under line set at 8.5 runs. This outcome pushed Houston’s over-under record further below .500 at 39-67-3.

The Astros come into this game with a 3-2 record over their last 5 contests. Over this stretch, the team has a positive run differential at +13. Overall, Houston is averaging 4.46 runs per game. Over their last 5 contests, they have been producing at a similar rate, at 4.46. So far, Houston has won over half of their 36 series played, going 23-11-2.

Cleveland will look to keep things rolling in today’s game, as they most recently took down Astros by 3 runs 4-1. For the game, the pitching staff held the Astros to 1 run on 6 hits. At the plate, the Guardians only came through for 4 runs on 10 hits. Despite being the underdogs, getting 138.0 on the moneyline, the Guardians still picked up the win. In their 54 games as the underdog, their straight-up win percentage sits at 43.0%. Combined, the Guardians and Astros run total fell below the over-under line of 8.5 runs. Even still, Cleveland games have still gone over the betting total over half of the time, at 53-48-6.

In their last 5 contests, the Guardians have just 2 wins, going 2-3. During this time, the team has a run differential of -9. Even with their recent struggles, the offense has been steady, averaging 3.4 runs per game. This is right in line with their season average of 4.36. On the season, Cleveland has won more than half of their series, going 15-12-7.

The Houston Astros will send Cristian Javier to the mound with an overall record of 6-7. Through 20 appearances, Javier has an ERA of just 3.24 while averaging 4.71 innings per appearance. Hits have been hard to come by against the right-hander, as his batting average allowed is just 0.186. Opponents have been able to hit for power against Javier, as he has HR/9 figure of 1.15. In terms of strikeouts, Cristian Javier has a strong strikeout percentage of 34.0%, including a per game average of 6.4. In his previous outings, walks have been an issue, as Javier is averaging 3.43 free passes per outing.

Triston McKenzie gets the start for the Guardians, with an overall record of 7-8. So far, McKenzie has put together an ERA of 3.38. In his appearances leading up to today, he has lasted an average of 6.0 innings. Through 20 outings, opposing teams have combined for a batting average of 0.204. Home runs have been a concern for McKenzie as he is allowing 1.35 per 9 innings. Per game, Triston McKenzie is averaging 5.65, on a strikeout percentage of 24.0%. McKenzie comes into the game hoping to improve his walk numbers, as he is averaging 2.4 free passes per outing.

For the season, the Houston Astros and Cleveland Guardians will be playing their 7th game of the season. So far, Houston is leading the season series, 4-2. The over-under record in this series sits at 2-4. The average run total in these games is 8.29 runs per game. The averge scoring margin in these meetings is 4.17 runs. Going back to last year, Houston won the season series, 6 games to 1. The over-under record in last year’s matchups was 4-3, with the average run total being 8.29 runs per game. The average scoring differential in this series was 2.57 runs per game.

More Picks: Get our Pittsburgh at Baltimore Recommended Wager 8/7/22

Heading into Sunday’s early matchup between Houston and Cleveland, the Astros are the favorite on the moneyline. Guardians starter Triston Mckenzie has taken a loss in 2 straight starts, giving up 9 runs across 13 innings. Look for the Astros to benefit from facing the right-hander. I like Houston on the moneyline.