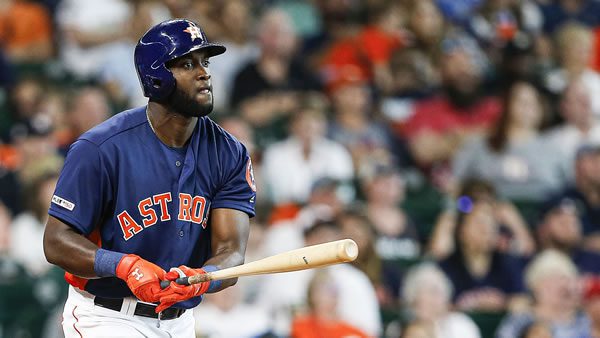 The Boston Red Sox host the Houston Astros on Monday, May 16th at Fenway Park. The first pitch in this matchup is scheduled for 07:10 ET. The MLB Odds Board places Boston as the favorite (-120), with an OU line set at 8.5.

The Houston Astros are coming off a 8 run win over Washington by a score of 8-0. Overall, the team’s pitching staff limited Washington to no runs on 4 hits. The Astros lineup had a good night at the plate, coming up 11 hits, leading to 8 runs. Heading into this game, Houston was the betting favorite, at -200.0. So far, the team has been the favorite in 28 of their games, winning at a rate of 71.0%. When looking at the over-under result, the Astros and Washington matched the line set at 8.0 runs. With the team’s matching the betting line, Houston’s over under record sits at 10-25-0, Houston.

In the Astros’ last 5 games, they are above .500, going 4-1. During this time, they have an average scoring differential 19. A key to their recent success has been an offense averaging 7.2 runs per game, compared to their season average of 4.31. So far, Houston has won over half of their 11 series played, going 6-4-1.

Boston will look to move on from a 6 run loss to Rangers, falling by the score of 7-1. On their way to giving up 7 runs, the Red Sox staff allowed 6 hits. The Red Sox offense ended the game with just 1 run on 7 hits. Boston came into the game with a moneyline price of +100. In their 18 games as the underdog, their straight-up win percentage sits at 39.0%. With an over-under line set at 8.0, the Red Sox and the Rangers combined to match this total. This result drops Boston’s OU record down to 11-20-3.

The Houston Astros will send Jake Odorizzi to the mound with an overall record of 3-2. To date, Odorizzi has an ERA of 3.38 while lasting an average of 4.37 innings per appearance. Odorizzi comes into the game with a batting average allowed of 0.227. Opposing batters are hitting for power at a below-average rate against Odorizzi, as he is allowing just 0.34 per 9 innings. Up to this point, Odorizzi has a strikeout percentage of just 16.0% and a per-game average of 2.83. Command has been a problem for Odorizzi, as he is giving up 3.71 walks per outing.

Boston will roll with Garrett Whitlock (1-1) as their starter. Through 8 appearances, Whitlock has an ERA of just 2.19 while averaging 3.02 innings per appearance. So far, batters are hitting just 0.169 against him. Despite a strong batting average allowed, Whitlock is prone to giving up home runs, averaging 1.12 homers per 9 innings pitched. On the season, Garrett Whitlock has had no problem racking up strikeouts, posting a strikeout percentage of 35.0% while averaging 4.25 K’s per game. Leading into the game, he has shown a strong command of his pitches, averaging just 2.92 walks per contest.

Today’s matchup between the Houston Astros and Boston Red Sox will be their first meeting of the season. Going back to last year, Houston won the season series, 9 games to 4. In these 13 meetings, the two teams combined for an over-under record of 8-5, with the average scoring differential sitting at 5.15 runs. Between the games, the average run total was 10.08 runs per game.

Despite being one of the hottest teams in baseball, the Astros come into the game with a moneyline of +100. The reason for this line, is the fact that Red Sox starter Garrett Whitlock has been excellent to start the year. However, when digging deeper into the analytics, opponents have hit the ball hard against Whitlock, as he is in just the 13th percentile on average exit velocity and 34th percentile in opponent barrel percentage. For me, this is enough of a reason to bet on the better team. I recommend taking Houston on the moneyline.

Houston Moneyline. Did you know that you could be wagering on games at discounted odds? Why overpay for odds when you could be paying less? Read more about how to bet on games at reduced juice!