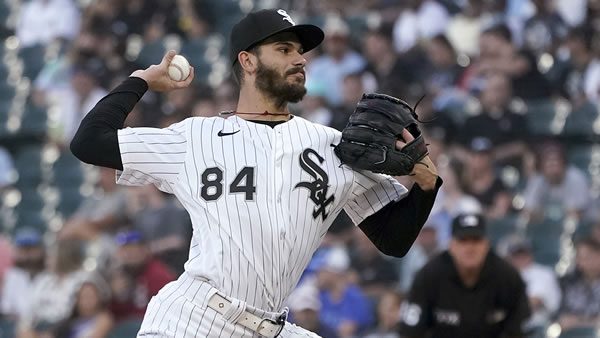 The Chicago White Sox host the Houston Astros on Tuesday August 16th at Guaranteed Rate Field. The first pitch in this matchup is scheduled for 08:10 ET. The MLB Odds Board places Houston as the favorite (-136), with an OU line set at 7.0.

In Houston’s last game, they fell to the White Sox by a score of 4-2. In the loss, Houston’s pitchers gave up 4 runs on 9 hits. The Astros ended the game with just 2 runs on 7 hits. Astros suffered the loss, despite being favored at -125.0. Through 101 games as the favorite, the team has found the win column at a rate of 66.0%. Together, the Astros and White Sox stayed below the over-under line set at 8.5 runs. So far, Houston has been a good candidate to fall below the betting line, as their over-under record sits at just 44-70-3.

The Astros are looking to continue adding wins, as they are 4-1 over their last 5 games. Over this stretch, the team has a positive run differential at +15. A key to their recent success has been an offense averaging 6.0 runs per game, compared to their season average of 4.50. So far, Houston has won over half of their 39 series played, going 24-12-3.

In their last game, Chicago took down the Astros by a score of 4-2. In the win, the pitching staff allowed just 2 runs on 7 hits. At the plate, the White Sox only came through for 4 runs on 9 hits. This was a good win for the White Sox, as they were underdogs at 105.0 on the moneyline. So far, the team has gone into 39 games as the underdog, still finding the win column at a rate of 44.0%. Combined, the White Sox and Astros’ run total fell below the over-under line of 8.5 runs. This result comes as no surprise, as the team’s over-under record is just 52-56-8.

Across their last 5 contests, the White Sox are above .500, going 4-1. Their recent success is backed by an average scoring margin of +6 (last 5). Chicago is still playing winning baseball, even with their offense averaging just 4.0 runs per game, compared to a season long mark of 4.26. On the season, Chicago has won more than half of their series, going 16-13-8.

The Houston Astros will send Justin Verlander to the mound with an overall record of 15-3. Currently, Verlander has an ERA of just 1.85 while pitching an average of 6.48 innings per outing. So far, batters are hitting just 0.19 against him. Home runs have not been an issue for Verlander, as he is giving up just 0.79 HR/9. On the season, Justin Verlander has had no problem racking up strikeouts, posting a strikeout percentage of 26.0%. This includes a per game average of 6.38 K’s per game. For the season, he has struggled with command averaging 1.59 walks per outing.

In today’s game, Chicago turns to starter Dylan Cease. For the year, he has a record of 12-5. In his previous outings, Cease has lasted an average of 5.57 innings, putting together an ERA of just 1.96. Hits have been hard to come by against the right-hander, as his batting average allowed is just 0.196. In addition, to his strong BA allowed, he has been able to limit power, allowing just 0.7 home runs allowed per 9 innings. Per game, Dylan Cease is averaging 7.57, on a strikeout percentage of 33.0%. For the season, he has struggled with command averaging 3.85 walks per outing.

Today’s matchup between the Houston Astros and Chicago White Sox will be their 5th meeting of the season. Today’s game will be a rubber match for the two teams, as Houston and Chicago, each have 2 wins. Through 4 games, the series’ over-under record is 1-2, with the average run total sitting at 9.73 runs per game. The averge scoring margin in these meetings is 5.0 runs. Going back to last year, Houston won the season series, 8 games to 3. In these 11 meetings, the two teams combined for an over-under record of 7-4. Last year, the Astros and White Sox averaged 9.73 runs per game. The average scoring differential in this series was 5.73 runs per game.

Today’s matchup between Houston and Chicago features one of the better pitching battles of the entire season. Currently, Justin Verlander and Dylan Cease are 1st and 2nd in the race for the AL Cy Young. For today’s game, I recommend taking the White Sox on the moneyline, as this will be Houston’s first time seeing the right-hander this year. On the other side, Chicago fared well the last time they faced Verlander.

Free MLB Pick: White Sox Moneyline. Bet your Astros vs. White Sox prediction for FREE by taking advantage of a NEW 100% real cash bonus offer from the oldest sportsbook on the web: Everygame! Once you’ve signed up through this special link, you will need to go to their “Special Offers” page and enter PREDICTEM. The 100% credit will showup in your sports betting account balance instantly!