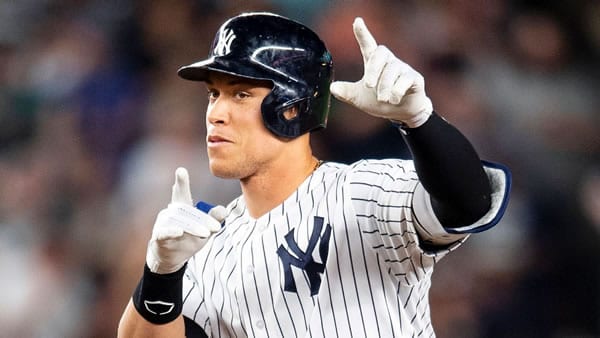 The New York Yankees host the Houston Astros on Friday, June 24th at Yankee Stadium. The first pitch in this matchup is scheduled for 07:05 ET. The MLB Odds Board places New York as the favorite (-115), with an OU line set at 7.5.

After suffering a 1-run loss to the Yankees (7-6), the Astros will look to get back in the win column. On their way to giving up 7 runs, the Astros staff allowed 6 hits. The Astros ended the game with 11 hits of their own, leading to 6 runs. The loss came as Houston was the betting underdog, getting 115.0 on the moneyline. With the over-under line set at 8.0 runs, the Astros and Yankees combined to go over this total. Even with this game going over the total, Houston still has an over-under record of just 23-44-2.

The Astros are looking to continue adding wins, as they are 3-2 over their last 5 games. Over this stretch, the team has a positive run differential at +1. Houston’s offense heads into action averaging 4.6 runs per game in their last 5 contests. Similar to their season average of 4.35. So far, Houston has won over half of their 23 series played, going 13-9-1.

The Yankees will look to add another win, as in their last game, they defeated the Astros by a score of 7-6. New York’s pitching staff gave up 11 hits, leading to 6 Astros runs. Offensively, they finished with 7 runs on 6 hits. Heading into action, New York was the favorite, at -135.0. So far, the team has won 74.0% of the games in which they were favored. The Yankees and Astros went over the run total line set at 8.0 runs. On the season, the team has an over-under record of just 33-36-1.

In their last 5 games, the Yankees have put together a record of 3-2. Their recent success is backed by an average scoring margin of +2 (last 5). New York has benefited from strong pitching, as their offense has slipped in their last 5 games, averaging just 5.8 runs per game. Their overall average sits at 5.14. On the season, New York has won more than half of their series, going 19-2-2.

The Houston Astros will send Justin Verlander to the mound with an overall record of 8-3. Through 13 appearances, Verlander has an ERA of just 2.3 while averaging 6.32 innings per appearance. Hits have been hard to come by against the right-hander, as his batting average allowed is just 0.195. Per 9 innings pitched, Verlander is averaging 1.1 home runs allowed. Per game, Justin Verlander is averaging 6.23, on a strikeout percentage of 25.0%. Throughout the season, Verlander has avoided walking batters, allowing just 1.64 per contest.

Luis Severino gets the start for the Yankees, with an overall record of 4-1. Heading into the game, Severino has appeared in 12 contests, posting an ERA of just 3.27. On average, he pitches 5.5 innings per appearance. Hits have been hard to come by against the right-hander, as his batting average allowed is just .210. This year, home runs have been an issue for Severino. So far, he has allowed 1.36 per 9 innings. Overall, Luis Severino has struck out 30.0% of the batters he has faced. On average, he averages 6.67 K’s per game. Command has been a problem for Severino, as he is giving up 2.59 walks per outing.

For the season, the Houston Astros and New York Yankees will be playing their 2nd game of the season. Currently, New York is winning the season series 1-0. Through 1 game, the series’ over-under record is 1-0, with the average run total sitting at 8.33 runs per game. In these matchups, the average scoring differential sits at 1.0 runs. Dating back to last season, the New York picked up 4 wins compared to 2, taking the season series. The over-under record in last year’s matchups was 3-3, with the average run total being 8.33 runs per game. On average, the winning team won by a margin of 2.67 runs per contest.

Heading into Friday’s matchup between Houston and New York, both Justin Verlander and Luis Severino are hoping to bounce back from disappointing starts. Look for pitching to be on full display in what should be a low-scoring game. I recommend taking the under at 7.5 runs.

Free MLB Pick: Under 7.5 Runs. Bet your Astros/Yankees prediction for FREE by taking advantage of a 100% REAL CASH bonus up to $500 when you use bonus code PREDICTEM at Betnow Sportsbook!