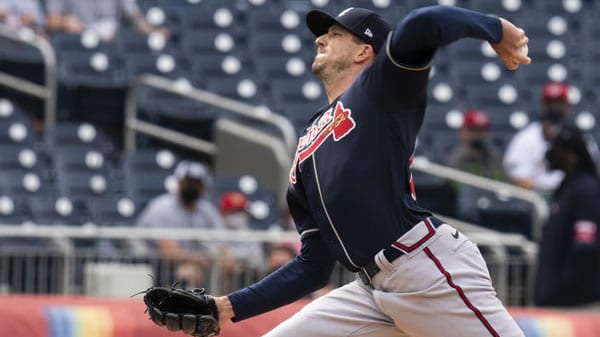 Here’s an interesting stat: Nick Pivetta actually hasn’t been the losing pitcher in a major league game since 2019, his last full season with the Phillies. Since then, not only has he performed well on the mound but he’s gotten pretty reliable run support almost every time he’s taken the mound. Boston is 8-1 this season when Pivetta has taken the ball, and in seven of nine starts, the Red Sox have scored at least four runs.

Of course, Pivetta is far from being truly unbeatable; he’s just done very well at scattering hits and getting out of trouble when an opponent does start to get a rally going. In every start but one this season, Pivetta has walked at least two batters and usually ends up issuing three or four free passes per game. Yet it hasn’t come back to haunt the Red Sox, as Pivetta has pitched at least five innings in all but one start in 2021.

Maybe Drew Smyly should have taken a hard look at the map before joining Atlanta because he doesn’t seem to like pitching in the Southeast. In three starts at home, he has yet to get a win in 2021 and hasn’t given up fewer than three earned runs. In his one appearance on the road in the Southeast, things were no better, as Toronto pounded Atlanta and chased Smyly after a mere four innings.

But away from the Southeast, Smyly has been an effective pitcher. In three starts away from the Braves’ home region, Smyly has made it through six innings each time and has given up a combined total of three earned runs. He’s going to have to keep the ball down and induce ground balls to have success at Fenway Park, but his history suggests that he is well set up to have a strong performance in this contest if he can handle that one part of the equation.

The Weight of Expectations

This season hasn’t turned out the way it was expected for either team, as Atlanta was supposed to be the strongest team in the NL East, and Boston was supposed to struggle to stay out of the AL East basement. Instead, things have gone in the complete opposite direction, with the Braves only recently getting back to .500 while the Red Sox have spent pretty much all but the first week of the season at or near first place.

We’re almost at the end of what passed for a full season last year, and Atlanta is starting to show signs of getting back to being the team that it was supposed to be, having won four straight and never giving up more than a run in any of them.
On the other hand, Boston is holding steady for the time being, but the situation has felt a bit precarious at times. The Red Sox have benefitted from a weak start to their schedule, which has them feeling a bit of pressure as the novelty fades and they look to prove themselves as a true contender. The Red Sox have managed to stave off a three-game losing skid earlier this year, but a second straight long stretch without winning could turn into a major mental issue, making this game a critical part of Boston’s season.

How high the total goes depends on whether the ball is getting enough carry to get over the Monster, as winds will blow 14 miles per hour toward left-center field. Temperatures are forecasted to be 76 degrees at the first pitch.

It’s difficult to go against Pivetta because Boston has been a different team when he’s been on the slab. As such, even if I like what the Braves are doing as of late, I don’t really trust Atlanta enough to take the Braves in this situation. Too much can go wrong with Smyly, and I’d rather go with the under than I would take either team in this situation, as I expect a lower-scoring contest. But as far as the game goes, I don’t want to pick against Pivetta until a team shows me that they can beat him. I’ll take the Red Sox here. Bankroll running low? Get a 100% real cash bonus on your first deposit of $100 to $300 at MyBookie Sportsbook! Must use bonus/promo code PREDICT100 to get the special bonus! Click here to sign up at a better bookie now!