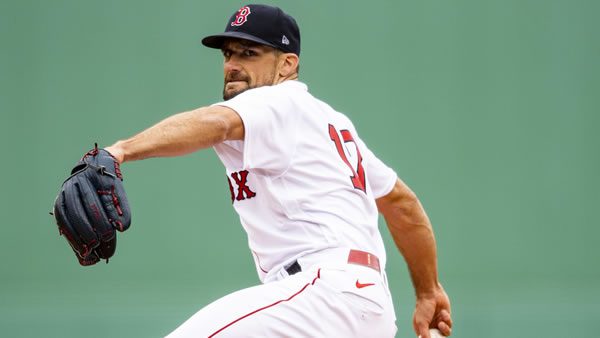 The Boston Red Sox host the Baltimore Orioles on Thursday September 29th at Fenway Park. The first pitch in this matchup is scheduled for 01:35 ET. The MLB Odds Board places Boston as the favorite (-150), with an OU line set at 9.5.

Baltimore heads into today’s action, looking to rebound from a 3-1 loss to Boston. Even in the loss, the pitching staff gave up just 3 runs while allowing 7 hits. The Orioles ended the game with just 1 run on 7 hits. The loss came as Baltimore was the betting underdog, getting 122.0 on the moneyline. This matchup remained below the over-under line set at 9.0 runs. With this result, Baltimore’s over-under record dropped even further, moving to just 70-79-6.

After their 5 most recent games, the Orioles have gone just 1-4. This mark has come on an average run margin of just -4. Despite their below .500 record, in Baltimore’s last 5 games, they are averaging just 7.4. Their season-long average currently sits at 4.25 (19th. So far, Baltimore has won over half of their 51 series played, going 24-22-5.

Boston will look to keep things rolling in today’s game, as they most recently took down Orioles by 2 runs 3-1. For the game, the pitching staff held the Orioles to 1 run on 7 hits. With their 7 hits, the Red Sox could only muster 3 runs. Boston picked up the win while being favored at -132.0. So far, the team has won 57.9% of the games in which they were favored. Combined, the Red Sox and Orioles’ run total fell below the over-under line of 9.0 runs. Now, Boston had an over-under record of 73-74-8.

Baltimore will roll with Mike Baumann (1-3) as their starter. To date, Baumann has an ERA of 4.32 while lasting an average of 2.27 innings per appearance. Compared to other starters, the right-hander has a high BA allowed, currently sitting at 0.281. So far, Baumann has managed to keep the ball in the ballpark, allowing just 0.72 home runs per 9 innings. Baumann is in the bottom half of the league in strikeouts, averaging just 1.55 K’s per game. This includes a strikeout percentage of 16.0%. Throughout the season, Baumann has avoided walking batters, allowing just 2.88 per contest.

In today’s game, Boston turns to starter Nathan Eovaldi. For the year, he has a record of 5-3. To date, Eovaldi has an ERA of 4.06 while lasting an average of 5.51 innings per appearance. Compared to other starters, the right-hander has a high BA allowed of 0.268. Opposing hitters are hitting home runs at an above-average rate against Eovaldi. This year, he is allowing 1.91 HRs per 9 innings pitched. On the season, Nathan Eovaldi has had no problem racking up strikeouts, posting a strikeout percentage of 23.0%. This has led to an average of 5.33 K’s per game. Throughout the season, Eovaldi has avoided walking batters, allowing just 1.63 per contest.

Today’s matchup between the Baltimore Orioles and Boston Red Sox will be their 19th meeting of the season. So far, the teams have each won 9 times. The over-under record in this series sits at 7-10. The average run total in these games is 10.11 runs per game. In these matchups, the average scoring differential sits at 3.94 runs. Dating back to last season, Boston picked up 13 wins compared to 6, taking the season series. In these 19 meetings, the two teams combined for an over-under record of 8-11. Last year, the Orioles and Red Sox averaged 10.11 runs per game. On average, the winning team won by a margin of 4.63 runs per contest.

Heading into Thursday’s matchup between Baltimore and Boston, the Red Sox are the favorite on the moneyline. Look for Boston to come away with the win, as the team’s offense should benefit from facing an Orioles team that figures to rely heavily on the bullpen. Throughout the season, Mike Baumann has primarily worked out of the bullpen and has a WHIP of 1.44.