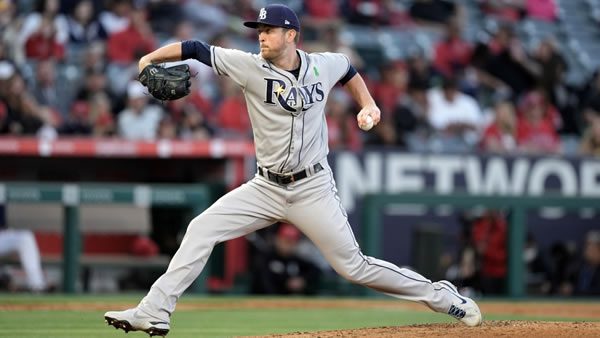 The Cleveland Guardians host the Tampa Bay Rays on Thursday September 29th at Progressive Field. The first pitch in this matchup is scheduled for 06:10 ET. The MLB Odds Board places Cleveland as the favorite (-110), with an OU line set at 7.0.

After suffering a 1 run loss to Cleveland (2-1), the Rays will look to get back in the win column. Even in the loss, the pitching staff gave up just 2 runs while allowing 5 hits. With their 6 hits, the Rays could only muster 1 run. The loss came as Tampa Bay was the betting underdog, getting 117.0 on the moneyline. This matchup remained below the over-under line set at 6.0 runs. So far, Tampa Bay has been a good candidate to fall below the betting line, as their over-under record sits at just 69-74-12.

Over the Rays’ last 5 contests, they have a record of just 2-3. This mark has come on an average run margin of just -4. In their last 5 contests, Tampa Bay is averaging 3.8 runs per game, right in line with their season average of 4.19. So far, Tampa Bay has won over half of their 49 series played, going 24-20-5.

In their last game, the Guardians picked up a close win over the Rays by a score of 2-1. For the game, the pitching staff held the Rays to 1 run on 6 hits. With their 5 hits, the Guardians could only muster 2 runs. Cleveland picked up the win while being favored at -127.0. For the season, the team has been favored in 86 games, winning at a rate of 64.0%. Combined, the Guardians and Rays’ run total fell below the over-under line of 6.0 runs. Now, Cleveland had an over-under record of 70-77-8.

In their last 5 games, the Guardians have put together a record of 4-1. Their recent success is backed by an average scoring margin of +11 (last 5). The Guardians’ offense has elevated their play over their last 5 games, averaging 5.4 runs per game, compared to their season average of 4.30. On the season, Cleveland has won more than half of their series, going 24-15-11.

Tampa Bay will roll with Jeffrey Springs (9-4) as their starter. Through 31 appearances, Springs has an ERA of just 2.56 while averaging 4.07 innings per appearance. In his previous outings, left-hander opponents are hitting 0.227 off the left-hander. This season, Springs has been able to avoid giving up home runs, allowing just 1.0 per 9 innings. Per game, Jeffrey Springs is averaging 4.39, on a strikeout percentage of 26.0%. In his previous outings, walks have been an issue, as Springs is averaging 2.14 free passes per outing.

The Cleveland Guardians will send Cal Quantrill to the mound with an overall record of 14-5. So far, Quantrill has put together an ERA of 3.49. In his appearances leading up to today, he has lasted an average of 5.84 innings. Opposing teams have hit the ball well against the right-hander, with a batting average of 0.26. Opposing batters are hitting for power at a below-average rate against Quantrill, as he is allowing just 1.08 per 9 innings. On the season, Cal Quantrill has had no problem racking up strikeouts, posting a strikeout percentage of 16.0%. This has led to an average of 4.0 K’s per game. For the season, he has struggled with command averaging 2.41 walks per outing.

For the season, the Tampa Bay Rays and Cleveland Guardians will be playing their 6th game of the season. Cleveland holds the edge in the series at 3-2. The over-under record in this series sits at 3-2. The average run total in these games is 9.86 runs per game. The averge scoring margin in these meetings is 1.8 runs. Going back to last year, Tampa Bay won the season series, 6 games to 1. The over-under record in last year’s matchups was 3-4, with the average run total being 9.86 runs per game. The average scoring differential in this series was 3.57 runs per game.

Heading into Thursday’s matchup between Tampa Bay and Cleveland, the lines suggest this game could go either way. Tampa Bay has won 5 straight games with Jeffrey Springs on the mound, while the Guardians have rattled off 4 straight with Cal Quantrill on the mound. With his WHIP of 1.10, look for the Springs and the Rays to come away with the win.