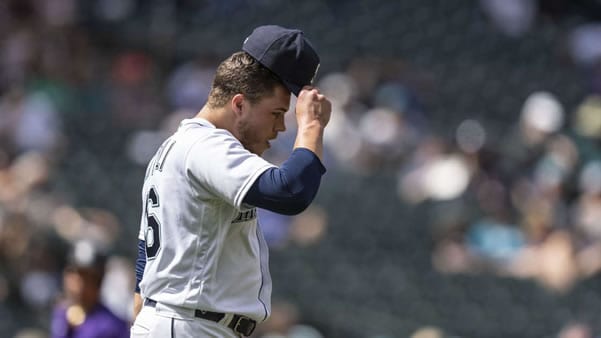 For the past 13 years, summers in Seattle have belonged to the Sounders, but the Mariners are starting to make a push for respectability as they try to end what has become baseball’s longest postseason drought. The Mariners are now five games to the good above .500 and sit just 3.5 games back of a playoff spot, and it’s in large part because of their home record.

The only three teams in the American League who own a better home record than the Mariners are the three division leaders: the White Sox, Red Sox, and Astros. Yet the M’s are considered the underdog here, despite facing a Yankees team that’s not playing well at all and wasn’t even that great, to begin with. The Yankees have been middling all season and are losers in seven of their past nine contests as they make the trek from one end of the country to the other. Given that the Mariners didn’t spend Monday traveling and have won four of their past five games, that’s rather blatant disrespect for Seattle from the oddsmakers and the public.

Cash In When You Can

Take a look at the Mariners’ lineup, and it’s really amazing that Seattle has managed to cobble together much of anything in the right direction this year, let alone a 45-40 start to the season. The Mariners really only have four players they can count on for offense: J.P. Crawford and Ty France to get on base and Mitch Haniger and Kyle Seager to drive them home. The next best weapon they’ve got might be Dylan Moore, who’s batting .183 and is really only useful for turning singles into doubles with his base-stealing abilities. Moore ranks fifth on the Mariners in hits, and he has less than half of Seager’s numbers.

As a result, Seattle scrapes bottom in both batting average and on-base percentage. But the Mariners do manage to cash in when they do get men on, as they actually rank higher than the Yankees in runs per game at 4.14. Seattle has knocked in 341 of its 352 runs, and roughly 41 percent of the Mariners’ hitters who reach base eventually come around to score. When you make the most of your opportunities, you can get away without producing many opportunities, and Seattle’s done exactly that.

Lost in the Haze

It was bad enough for the Yankees that they suffered their first decade without a World Series title as of last year, but things have sailed way off course for the Bronx Bombers as this decade has begun. New York hasn’t fallen to the scrap heap days of the late 1980s and early 1990s, but the Yankees also haven’t exactly produced much of anything worth watching in 2021, barely scraping to .500.

The Yankees haven’t been able to hit much of anything all season, and in recent weeks, their pitching has started to turn in the wrong direction. In their past four games, the Yankees have given up 31 runs, 20 of them coming against a Mets team that ranks dead last in the National League in runs produced. Before that, they gave up 21 runs in three games to the Angels and 18 in three games to the Red Sox. The over has cashed in five of seven for the Yankees, and the only reason it hasn’t cashed in more is New York’s inability to hit.
Betting Trends

It’ll be right on the cusp of whether the Mariners close the roof or not, as the temperature will be right at 80 degrees at the first pitch, with winds heading north at seven miles per hour, blowing toward the first base dugout.

This is one where it seems like I’m missing something because there is absolutely no way the Yankees should be favored over the Mariners right now, given how both teams have been playing. I might regret this, but this is one where I want to throw a saddle on what I think is a gift horse rather than look it in the mouth. I’m jumping all over Seattle at plus money. Bet your MLB picks FREE this week by taking advantage of a 100% REAL CASH bonus on your first deposit of $100 to $300 at MyBookie Sportsbook! (Must use promo/bonus code PREDICT100 on their registration page to receive the extra bonus cash). Click here to sign up now!