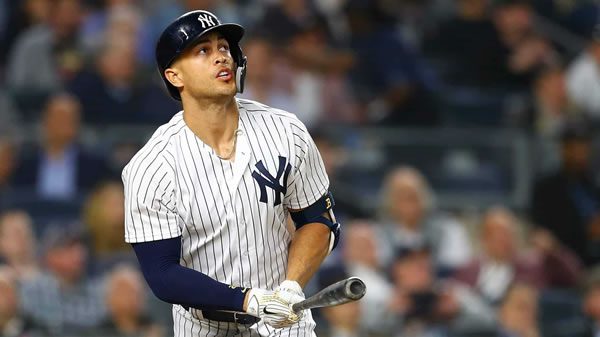 The New York Yankees host the Chicago Cubs on Saturday, June 11th at Yankee Stadium. The first pitch in this matchup is scheduled for 07:15 ET. The MLB Odds Board places New York as the favorite (-250), with an OU line set at 9.0.

After suffering a 1-run loss to the Yankees (2-1), the Cubs will look to get back in the win column. Despite the loss, Chicago’s pitching staff gave up only 2 runs on 6 hits. Offensively, they finished with just 1 run on 9 hits. The loss came as Chicago was the betting underdog, getting 220.0 on the moneyline. Combined, the Cubs and Yankees fell short of the over-under betting line of 9.0 runs. Even after this game, Chicago’s overall over-under record sits at 28-26-3.

After their 5 most recent games, the Cubs have gone just 1-4. In this rough stretch of games, the team’s run differential comes in at -7. A key reason for Chicago’s recent struggles is an offense averaging just 3.4 runs per game over their last 5 contests, compared to a season average of 4.37. Chicago’s overall series record is just 4-10-5.

The Yankees will look to add another win, as in their last game, they defeated the Cubs by a score of 2-1. In the winning effort, the team’s pitchers held the Cubs to 1 run and 9 hits. At the plate, the Yankees only came through for 2 runs on 6 hits. In the game, New York was able to take care of business as they were the favorite at -270.0. So far, the team has won 72.0% of the games in which they were favored. Combined, the Yankees and Cubs’ run total fell below the over-under line of 9.0 runs. This result comes as no surprise, as the team’s over-under record is just 26-31-1.

Across their last 5 contests, the Yankees are above .500, going 4-1. Their recent success is backed by an average scoring margin of +4 (last 5). New York is still playing winning baseball, even with their offense averaging just 5.6 runs per game, compared to a season-long mark of 4.84. On the season, New York has won more than half of their series, going 15-2-2.

Matt Swarmer gets the start for the Cubs, with an overall record of 1-0. In his previous outings, Swarmer is lasting an average of 6.0 innings, putting together an ERA of just 1.5. Hits have been hard to come by against the right-hander, as his batting average allowed is just 0.163. Home runs have been a concern for Swarmer as he is allowing 2.25 per 9 innings. Up to this point, Swarmer has a strikeout percentage of just 24.0% and a per game average of 5.5. Throughout the season, Swarmer has avoided walking batters, allowing just 2.25 per contest.

New York will roll with Jordan Montgomery (1-1) as their starter. Currently, Montgomery has a strong ERA of just 3.02 while pitching an average of 5.38 innings per outing. So far, batters are hitting just 0.226 against him. Montgomery is giving up home runs at a rate similar to the league average, allowing 0.91 per 9 innings. Montgomery has accumulated a strikeout percentage of 19.0% and a per-game average of 4.18. Leading into the game, he has shown a strong command of his pitches, averaging just 1.51 walks per contest.

Today’s matchup between the Chicago Cubs and New York Yankees will be their 2nd meeting of the season. Currently, New York is winning the season series 1-0. The over-under record in this series sits at 0-1.

Heading into today’s matchup between Chicago and New York, the Yankees are once again heavy favorites on the moneyline. Even though the Cubs played New York tough in last night’s game, I expect the Yankees to pick up a convincing win. Matt Swarmer has been good in his first two outings for the Cubs, but the Yankees lineup will be his toughest test so far. I like New York to cover the runline.

Free MLB Pick: Yankees -1.5 Runline. Bet your baseball picks for FREE this week by taking advantage of a 100% real cash bonus on your first deposit up to $500 at Betnow Sportsbook! (Must use bonus code PREDICTEM).