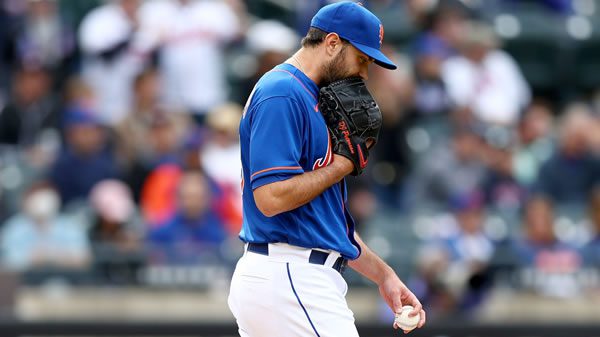 The Cincinnati Reds host the New York Mets on Wednesday, July 6th at Great American Ball Park. The first pitch in this matchup is scheduled for 06:40 ET. The MLB Odds Board places New York as the favorite (-163), with an OU line set at 9.5.

After suffering a 1 run loss to the Reds (1-0), the Mets will look to get back in the win column. Even in the loss, the pitching staff gave up just 1 run while allowing 4 hits. With their 6 hits, the Mets couldn’t muster any runs. This defeat came despite being favored at -220.0. So far, the team has been the favorite in 60 of their games, winning at a rate of 68.0%. This matchup remained below the over-under line set at 9.0 runs. Even after this game, New York’s overall over-under record sits at 41-34-6.

The Mets come into this game with a 3-2 record over their last 5 contests. Over this stretch, the team has a positive run differential at +2. New York comes into the game struggling on offense, averaging 3.6 runs per game over their last 5. This figure is down from their season average of 4.74. So far, New York has won over half of their 26 series played, going 18-5-3.

The Reds will look to add another win, as in their last game, they defeated the Mets by a score of 1-0. For the game, the pitching staff held the Mets scoreless on 6 hits. With their 4 hits, the Reds could only muster 1 runs. Despite being the underdogs, getting 190.0 on the moneyline, the Reds still picked up the win. In their 60 games as the underdog, their straight-up win percentage sits at 35.0%. Combined, the Reds and Mets run total fell below the over-under line of 9.0 runs. Cincinnati still has an above .500 over-under record at (44-35-1).

David Peterson gets the start for the Mets, with an overall record of 5-1. Currently, Peterson has an ERA of just 3.24 while pitching an average of 4.84 innings per outing. So far, batters are hitting just 0.225 against him. Peterson is giving up home runs at a rate similar to the league average, allowing 0.93 per 9 innings. Per game, David Peterson is averaging 5.0, on a strikeout percentage of 25.0%. In his previous outings, walks have been an issue, as Peterson is averaging 3.39 free passes per outing.

Cincinnati will roll with Graham Ashcraft (4-2) as their starter. Ashcraft gets the start with an ERA of 4.53. On average, he has lasted 5.4 innings per appearance. Opposing teams have hit the ball well against the right-hander, with a batting average of 0.256. So far, Ashcraft has managed to keep the ball in the ballpark, allowing just 1.04 home runs per 9 innings. Ashcraft is in the bottom half of the league in strikeouts, averaging just 3.5 K’s per game. This includes a strikeout percentage of 15.0%. Throughout the season, Ashcraft has avoided walking batters, allowing just 1.85 per contest.

Heading into Wednesday’s National League matchup between New York and Cincinnati, the Mets are the favorite to bounce back from yesterday’s loss. New York starter David Peterson has been solid throughout the season, giving up no more than 4 runs in a single start. Because I expect the Mets bats to wake up vs Graham Ashcraft, I like New York on the run line.

Free MLB Pick: Mets -1.5 Runline. Bet your Mets vs. Reds predictions and ALL your MLB bets for FREE this week by taking advantage of a 100% real cash bonus on your first deposit of $100 to $500 at Betnow Sportsbook when you use bonus code PREDICTEM during the registration process!