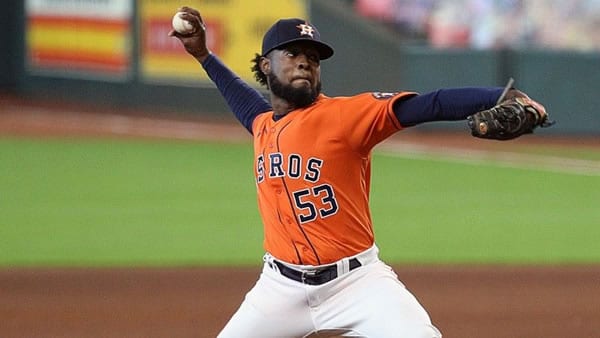 The Houston Astros host the Oakland Athletics on Sunday August 14th at Minute Maid Park. The first pitch in this matchup is scheduled for 02:10 ET. The MLB Odds Board places Houston as the favorite (-260), with an OU line set at 8.0.

The Athletics will look to bounce back from a tough loss to the Astros by the score of 8-0. On their way to giving up 8 runs, the Athletics staff allowed 12 hits. With their 5 hits, the Athletics could only muster 0 runs. Oakland’s loss came as the underdog, getting 230.0 on the moneyline. Together, the Athletics and Astros stayed below the over-under line set at 8.5 runs. With this result, Oakland’s over-under record dropped even further, moving to just 47-60-7.

The Athletics will be hoping to pick up a win in today’s matchup, as they have gone just 0-5 over their last 5 games. In this rough stretch of games, the team’s run differential comes in at -16. On offense, Oakland’s offense has experienced a dip in production, averaging 2.0 runs per game over their last 5 contests. Oakland’s overall series record is just 10-25-2.

The Houston Astros will be looking to pick up another win, as they most recently defeated the Athletics by 8 runs (8-0). In the win, the pitching staff allowed just 0 runs on 5 hits. At the plate, the Astros scored 8 times on 12 hits. Heading into action, Houston was the favorite at -290.0. So far, the team has won 67.0% of the games in which they were favored. With this result, the Astros and Athletics combined to fall below the over-under line of 8.5 runs. Now, Houston had an over-under record of 43-69-3.

Across their last 5 contests, the Astros are above .500, going 4-1. Their recent success is backed by an average scoring margin of +12 (last 5). The Astros offense has elevated their play over their last 5 games, averaging 6.6 runs per game, compared to their season average of 4.51. On the season, Houston has won more than half of their series, going 24-11-3.

Oakland will roll with Cole Irvin (6-9) as their starter. In his previous outings, Irvin has lasted an average of 6.15 innings, putting together an ERA of just 2.85. So far, batters are hitting just 0.226 against him. Irvin is giving up home runs at a rate similar to the league average, allowing 1.02 per 9 innings. On the season, Cole Irvin has had no problem racking up strikeouts, posting a strikeout percentage of 17.0%. This includes a per game average of 4.2 K’s per game. Command has been a problem for Irvin, as he is giving up 1.68 walks per outing.

Houston will roll with Cristian Javier (6-8) as their starter. In his previous outings, Javier has lasted an average of 4.77 innings, putting together an ERA of just 3.14. Hits have been hard to come by against the right-hander, as his batting average allowed is just 0.191. Home runs have been a concern for Javier as he is allowing 1.17 per 9 innings. In terms of strikeouts, Cristian Javier has a strong K% of 33.0%, including a per game average of 6.29. Command has been a problem for Javier, as he is giving up 3.23 walks per outing.

Today’s matchup between the Oakland Athletics and Houston Astros will be their 15th meeting of the season. Houston holds the edge in the series at 8-6. The over-under record in this series sits at 5-9. The average run total in these games is 10.21 runs per game. The averge scoring margin in these meetings is 3.14 runs. Houston won last year’s head-to-head series, grabbing 11 wins to 8. In these 19 meetings, the two teams combined for an over-under record of 13-6. Last year, the Athletics and Astros averaged 10.21 runs per game. The average scoring differential in this series was 4.11 runs per game.

Heading into Sunday’s matchup between Oakland and Houston, the over-under betting line is set at 8 runs. Look for Oakland to struggle against Cristian Javier, as his hard-hit rate and xWOBA figures place him among the elite starting pitchers in the game. I recommend taking the under.