Bet the Total: Padres vs. Diamondbacks 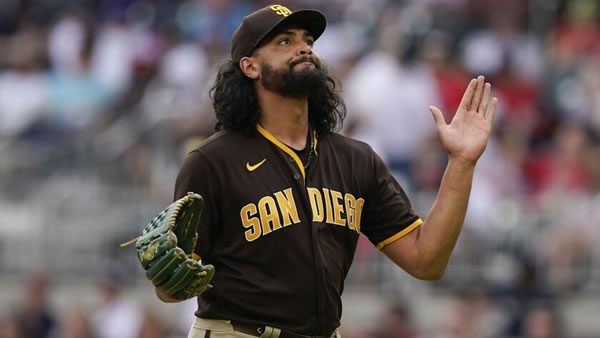 Money Line: Padres -154 / Diamondbacks +130 (Everygame - 100% bonus up to $500 when you enter bonus code PREDICTEM on their special offers page after you’ve deposited!)

The Arizona Diamondbacks host the San Diego Padres on Thursday September 15th at Chase Field. The first pitch in this matchup is scheduled for 09:40 ET. The MLB Odds Board places San Diego as the favorite (-154), with an OU line set at OFF.

The Padres are hoping to get back on track after falling to Seattle by a score of 6-1. San Diego’s pitching staff finished the game by allowing 8 hits, leading to 6 runs. With their 7 hits, the Padres could only muster 1 run. San Diego’s loss came as the underdog, getting 140.0 on the moneyline. Combined, the Padres and Mariners fell short of the over-under betting line of 7.5 runs. So far, San Diego has been a good candidate to fall below the betting line, as their over-under record sits at just 67-71-5.

The Padres will be hoping to pick up a win in today’s matchup, as they have gone just 2-3 over their last 5 games. In this rough stretch of games, the team’s run differential comes in at -15. On offense, San Diego’s offense has experienced a dip in production, averaging 2.8 runs per game over their last 5 contests. So far, San Diego has won over half of their 45 series played, going 22-16-7.

Arizona is coming off a 2 run win over the Dodgers (5-3). For the game, the pitching staff held the Dodgers to 3 runs on 5 hits. In the victory, the Diamondbacks came up with 5 hits and 5 runs. This was a good win for the Diamondbacks, as they were underdogs at 105.0 on the moneyline. In their 97 games as the underdog, their straight-up win percentage sits at 42.0%. Combined, the Diamondbacks and Dodgers’ run total fell below the over-under line of 9.0 runs. Now, Arizona had an over-under record of 66-72-4.

The Diamondbacks come into today’s game looking to turn things around, as they are just 2-3 over their last 5 games. During this time, the team has a run differential of -5. In their 5 most recent contests, the team is scoring at a rate of 3.6, similar to their season-long average of 4.44. Arizona has a below .500 series record of just 17-21-7.

San Diego will roll with Sean Manaea (7-8) as their starter. So far, Manaea has put together an ERA of 5.24. In his appearances leading up to today, he has lasted an average of 5.35 innings. Teams have been able to rack up runs against him, as he has a batting average allowed of 0.261. Home runs have been an issue for Manaea, as he is allowing an average of 1.68 per 9 innings pitched. Per game, Sean Manaea is averaging 5.46, on a strikeout percentage of 24.0%. In his previous outings, walks have been an issue, as Manaea is averaging 2.98 free passes per outing.

Arizona will roll with Drew Jameson who is making his MLB debut and has not even had success in the minors, going 7-13 with a 6.91 ERA.

Today’s matchup between the San Diego Padres and Arizona Diamondbacks will be their 16th meeting of the season. San Diego has the lead in the series at 11-4. The over-under record in this series sits at 6-9. The average run total in these games is 9.21 runs per game. The averge scoring margin in these meetings is 2.8 runs. Going back to last year, San Diego won the season series, 11 games to 8. The over-under record in last year’s matchups was 10-8, with the average run total being 9.21 runs per game. On average, the winning team won by a margin of 4.37 runs per contest.

Heading into Thursday’s matchup between San Diego and Arizona, look for there to be plenty of scoring, as the Padres could bust out at the plate vs Drey Jameson. I recommend taking the over.

Free MLB Pick: Take the Over. Note: If you’re betting on baseball and not using a sportsbook that offers dimelines you’re leaving money on the table! Don’t be a sucker!