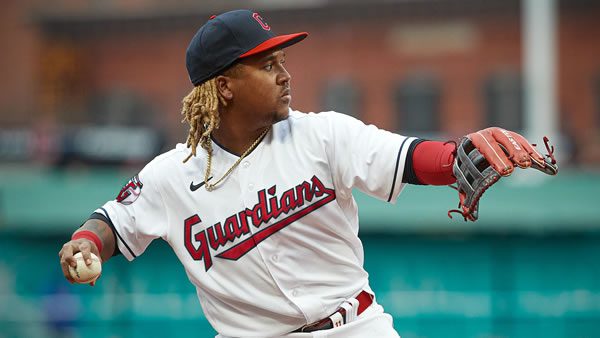 The Cleveland Guardians host the Toronto Blue Jays on Thursday, May 5th at Progressive Field. The first pitch in this matchup is scheduled for 06:10 ET. The MLB Odds Board places Toronto as the favorite (-150), with an OU line set at 8.

The Toronto Blue Jays head into today’s matchup after picking up a close win over the NY Yankees by the score of 2-1. Overall, the team’s pitching staff limited the NY Yankees to 1 run on 5 hits. The team was able to pick up the win despite scoring just 2 on their 4 hits. Toronto picked up the win, getting 130.0 on the moneyline. Combined, the Blue Jays and NY Yankees fell short of the over-under betting line of 8.5 runs. With this result, Toronto’s over-under record dropped even further, moving to just 9-17-0.

The Blue Jays are looking to continue adding wins, as they are 3-2 over their last 5 games. Even with this record, in these games, their scoring differential is just -6. Toronto has put together this record, despite averaging just 2.0 runs per game compared to their season average of 3.73. So far, Toronto has won over half of their 8 series played, going 6-1-1.

The Guardians are coming off a tight 6-5 win over San Diego. In the game, the team’s pitching staff allowed a total of 5 hits, leading to 1 run. With their 7 hits, the Guardians could only muster 2 runs. Despite being the underdogs, getting 126.0 on the moneyline. The Guardians still picked up the win. In their 8 games as the underdog, their SU win percentage sits at 75.0%. Guardians and San Diego went over the OU line set at 7.0 runs. Overall, the team has gone over the betting line in over half of their games, going (14-10-0).

For the Blue Jays, Jose Berrios gets the start. So far, he has put together a record of 2-0. To date, Berrios has an ERA of 4.12, while lasting an average of 4.8 innings per appearance. Teams have been able to rack up runs against him, as he has a batting average allowed of 0.287. In addition to a high batting average allowed, opposing batters have been able to drive the ball with power against Berrios, averaging 2 homers per 9 innings pitched. Up to this point, Berrios’s has a strikeout percentage of 18.0% and a per 9 average of 4.0. Leading into the game, he has shown a strong command of his pitches, averaging just 3.38 walks per contest.

For the Guardians, Aaron Civale gets the start. To start the year he has put together a record of 0-2. Leading up to the game, Civale is hoping to bring down an ERA of 10.67. So far, he is averaging 3.5 innings per outing. Opposing lineups have put together a combined batting average of 0.349 against Civale. In terms of power, the right-hander is giving up 2 homers per 9 innings pitched. Heading into today’s action, Aaron Civale is averaging 3.5 K’s per 9 innings.

Today’s matchup between the Toronto Blue Jays and Cleveland Guardians will be their first meeting of the season. Going back to last year, Toronto won the season series, 4 games to 2. In these 6 meetings, the two teams combined for an over-under record of 3-3, with the average scoring differential sitting at 3.71 runs. Last year, the Blue Jays and Guardians combined to average 8.86 runs per game.

With an over-under betting line set at 8 runs, I see this matchup going over that total, as Cleveland comes into this matchup playing well on offense. Overall, the team is 5th in runs scored, including having the top slugging percentage against right-handed pitching. In addition, look for Toronto to find their groove the plate, as Aaron Civale is off to a rough start on the mound.