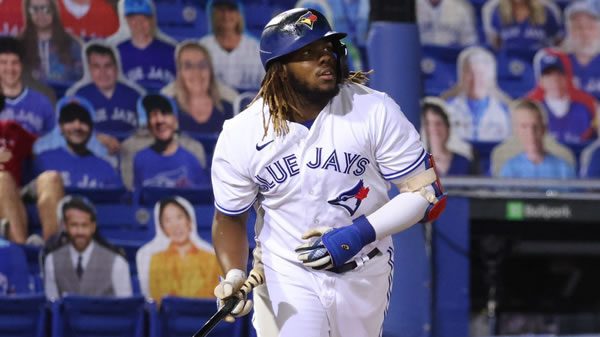 The Baltimore Orioles host the Toronto Blue Jays on Monday August 8th at Oriole Park at Camden Yards. The first pitch in this matchup is scheduled for 07:05 ET. The MLB Odds Board places Toronto as the favorite (-145), with an OU line set at 9.0.

The Toronto Blue Jays will look to add another win to their resume after pulling out a slim 3-2 win over the Twins. Overall, the team’s pitching staff limited the Twins to 2 runs on 11 hits. The team was able to pick up the win despite scoring just 3 runs on their 10 hits. In the matchup, Toronto was favored at -182.0 on the moneyline. Through 89 games as the favorite, the team has found the win column at a rate of 57.9%. Combined, the Blue Jays and Twins fell short of the over-under betting line of 8.0 runs. Toronto games have still surpassed the over-under line more than half of the time, at 56-51-1.

In their last 5 games, the Blue Jays are below .500, at 2-3. Even with this record, their scoring differential during this time is +1. In their last 5 contests, Toronto is averaging 4.4 runs per game, right in line with their season average of 4.81. So far, Toronto has won over half of their 34 series played, going 17-11-6.

Baltimore is coming off a 7-run loss to the Pirates. Dropping the game 8-1. In the game, the team’s pitching staff allowed a total of 9 hits, leading to 8 runs. With their 4 hits, the Orioles could only plate 1 runner. Baltimore came away with a loss, despite being favored on the moneyline (-180.0). So far, the team has won 62.0% of the games in which they were favored. Combined, the Orioles and the Pirates matched the over-under total of 9.0. This result drops Baltimore’s over-under record down to 50-53-5.

In their last 5 games, the Orioles have put together a record of 4-1. Their recent success is backed by an average scoring margin of +6 (last 5). Baltimore has benefited from strong pitching, as their offense has slipped in their last 5 games, averaging just 4.4 runs per game. Their overall average sits at 4.20. On the season, Baltimore has won more than half of their series, going 16-14-4.

Today’s matchup between the Toronto Blue Jays and Baltimore Orioles will be their 5th meeting of the season. So far, the teams have each won 2 times. The over-under record in this series sits at 4-0. The average run total in these games is 12.47 runs per game. The averge scoring margin in these meetings is 5.0 runs. Last season, Toronto picked up the series win, 14 games to 5. The over-under record in last year’s matchups was 11-5, with the average run total being 12.47 runs per game. On average, the winning team won by a margin of 5.11 runs per contest. More Picks: Reds vs. Mets Runline Best Bet 8/8/22 >>>

Heading into Monday’s AL East matchup between Toronto and Baltimore, the over-under line is set at 9 runs. Look for the Orioles and Blue Jays’ offenses to surpass this number as both Yusei Kikuchi, and Jordan Lyles are prone to allowing big run totals. I recommend taking the over. Free MLB Pick: Over 9 Runs. Football is coming! Beef up your bankroll with a massive SPECIAL 125% real cash bonus up to $400 in FREE BETS + get a free half point every time you bet your favorite NFL and college football team at GTBets Sportsbook! We’ve advertised them for over 10 years with ZERO complaints! They have a great loyalty program too! You must use bonus code PREDICTEM to take advantage of this offer! Click here to sign up now!