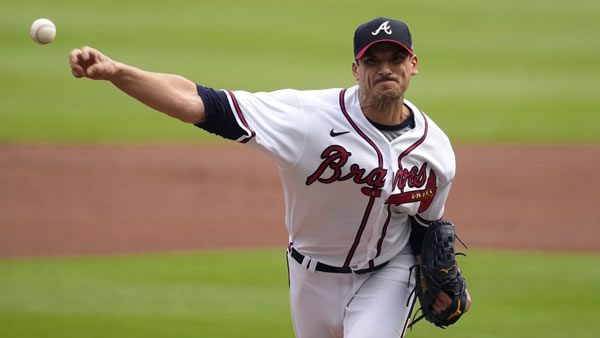 The St. Louis Cardinals host the Atlanta Braves on Saturday, August 27th at Busch Stadium. The first pitch in this matchup is scheduled for 07:15 ET. The MLB Odds Board places St. Louis as the favorite (-120), with an OU line set at 7.5.

In Atlanta’s last game vs the Cardinals, the Braves came away with an 11-4 win. For the game, Atlanta’s pitching staff allowed 4 runs on 10 hits. The Braves benefited from an offense that generated 14 runs on 16 hits. Heading into their last game, Atlanta was the betting favorite at -175.0. So far, the team has been the favorite in 106 of their games, winning at a rate of 70.0%. Together, the Braves and Cardinals combined to surpass the over-under betting line set at 7.0 runs. Atlanta has had more than half of their games go over the over-under line (63-55-8).

The Braves come into this game with a 4-1 record over their last 5 contests. During this time, they have an average scoring differential of +24. Their hot play has been driven by an offense that typically averages 4.94 runs per game. But, over this stretch, this figure has bumped up to 7.4 So far, Atlanta has won over half of their 39 series played, going 21-12-6.

In their last game, the St. Louis Cardinals fell to the Braves by a score of 11-4. On their way to giving up 11 runs, the Cardinals staff allowed 16 hits. Offensively, they finished with 8 runs on 10 hits. Despite being the underdogs, getting 145.0 on the moneyline, the Cardinals still picked up the win. In their 48 games as the underdog, their straight-up win percentage sits at 38.0%. In terms of the over-under, the Cardinals and Braves combined to surpass the line of 7.0 runs. Against the run total, St. Louis is just 59-62-4.

In their last 5 contests, the Cardinals have just 2 wins, going 2-3. During this time, the team has an even run differential. Even with their recent struggles, the offense has been steady, averaging 5.2 runs per game. This is right in line with their season average of 4.87. On the season, St. Louis has won more than half of their series, going 20-10-8.

The Atlanta Braves will send Charlie Morton to the mound with an overall record of 6-5. To date, Morton has an ERA of 4.0 while lasting an average of 5.62 innings per appearance. Across his previous outings, opponents are batting 0.223 against Morton. Despite a strong batting average allowed, Morton is prone to giving up home runs, averaging 1.2 homers per 9 innings pitched. In terms of strikeouts, Charlie Morton has a strong strikeout percentage of 28.99%, including a per game average of 6.83. For the season, he has struggled with command averaging 3.13 walks per outing.

In today’s game, St. Louis turns to starter Jordan Montgomery. For the year, he has a record of 7-3. Montgomery gets the start with an ERA of 3.08. On average, he has lasted 5.44 innings per appearance. Montgomery’s opponent batting average currently sits at 0.236. Opposing hitters are hitting home runs at an above-average rate against Montgomery. This year, he is allowing 1.18 HR’s per 9 innings pitched. On the season, Jordan Montgomery has had no problem racking up strikeouts, posting a strikeout percentage of 21.0%. This has led to an average of 4.62 K’s per game.

Today’s matchup between the Atlanta Braves and St. Louis Cardinals will be their 5th meeting of the season. So far, Atlanta is leading the season series, 3-1. Through 4 games, the series over-under record is 0-4, with the average run total sitting at 7.86 runs per game. The averge scoring margin in these meetings is 3.25 runs. Last season, Atlanta picked up the series win, 6 games to 1. In these 7 meetings, the two teams combined for an over-under record of 4-3. Last year, the Braves and Cardinals averaged 7.86 runs per game. The average scoring differential in this series was 4.71 runs per game.

Leading into Saturday night’s matchup between Atlanta and St. Louis, the Cardinals are the slight favorite on the moneyline. I expect St. Louis to bounce back from last night’s loss as Charlie Morton has been up and down all season long. On the other side, Jordan Montgomery has given up just 1 run across his last 4 outings.

Cardinals Moneyline. Bet your Braves vs. Cards prediction and ALL your MLB and CFB bets for free this weekend by scoring a 100% real cash bonus up to $500 when you use bonus promo code PREDICTEM at Betnow Sportsbook!