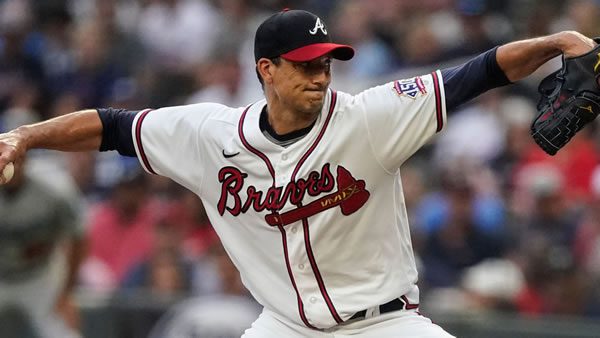 The Philadelphia Phillies host the Atlanta Braves on Saturday October 15th at Citizens Bank Park. The first pitch in this matchup is scheduled for 02:07 ET. The MLB Odds Board places Atlanta as the favorite (-120), with an OU line set at 9.0.

The Braves come into this matchup having suffered a 8 run loss to Philadelphia (9-1). Atlanta’s pitching staff finished the game by allowing 8 hits, leading to 9 runs. The Braves ended the game with just 1 run on 6 hits. The Braves suffered the loss, despite being favored at -120.0. Through 139 games as the favorite, the team has found the win column at a rate of 68.0%. This game went over the posted over-under line of 6.5 runs. Atlanta now has an over-under record of 82-75-8.

In their last 5 games, the Braves are below .500, at 2-3. This mark has come on an average run margin of just -8. A key reason for Atlanta’s recent struggles is an offense averaging just 4.2 runs per game over their last 5 contests, compared to a season average of 4.84. So far, Atlanta has won over half of their 52 series played, going 28-17-7.

The Philadelphia Phillies will be looking to pick up another win, as they most recently defeated the Braves by 8 runs (9-1). In the winning effort, the team’s pitchers held the Braves to 1 run and 6 hits. In the victory, the Phillies came up with 8 hits and 9 runs. Despite being the underdogs, getting 110.0 on the moneyline, the Phillies still picked up the win. In their 56 games as the underdog, their straight-up win percentage sits at 45.0%. In terms of the over-under, the Phillies and Braves combined to surpass the line of 6.5 runs. Overall, the team has gone over the betting line in over half of their games, going 85-77-5.

In their last 5 games, the Phillies have put together a record of 4-1. Their recent success is backed by an average scoring margin of +11 (last 5). Philadelphia has benefited from strong pitching, as their offense has slipped in their last 5 games, averaging just 4.8 runs per game. Their overall average sits at 4.62. On the season, Philadelphia has won more than half of their series, going 26-22-5.

Atlanta will roll with Charlie Morton (9-6) as their starter. So far, Morton has put together an ERA of 4.35. In his appearances leading up to today, he has lasted an average of 5.52 innings. So far, Morton has a batting average allowed of .232. Opponents are hitting for power against Morton, as his HR/9 figure sits at 1.47. In terms of strikeouts, Charlie Morton has a strong strikeout percentage of 28%, including a per-game average of 6.61. Command has been a problem for Morton, as he is giving up 3.3 walks per outing.

For the season, the Atlanta Braves and Philadelphia Phillies will be playing their 23rd game of the season. Atlanta has the lead in the series at 12-10. Through 22 games, the series over-under record is 14-7, with the average run total sitting at 8.37 runs per game. The averge scoring margin in these meetings is 3.86 runs.

Heading into game 4 of this NL Divisional Series, the Phillies have a chance to punch their ticket to the NLCS after cruising to an easy win in game 3. Look for Philadelphia to swing the bats well against Charlie Morton, who has been up and down all season long. In addition, Noah Syndergaard wrapped up the regular season, throwing the ball well. I like the Phillies on the moneyline.