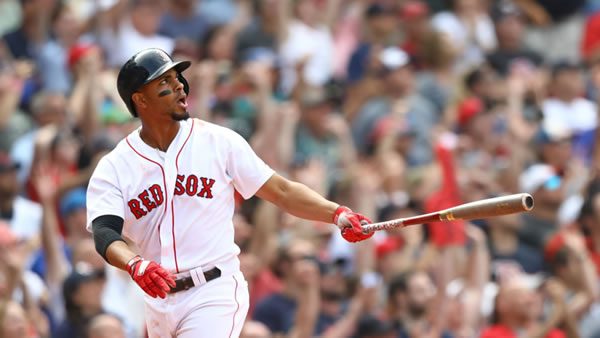 The Boston Red Sox host the Atlanta Braves on Tuesday August 9th at Fenway Park. The first pitch in this matchup is scheduled for 07:10 ET. The MLB Odds Board places Atlanta as the favorite (-155), with an OU line set at 9.5.

The Braves are hoping to get back on track after falling to the Mets, by a score of 5-2. In the loss, Atlanta’s pitchers gave up 5 runs on 10 hits. With their 2 hits, the Braves could only muster 2 runs. Atlanta’s loss came as the underdog, getting 130.0 on the moneyline. When looking at the over-under result, the Braves and Mets matched the line set at 7.0 runs. Currently, Atlanta’s over-under record sits at 56-49-5.

The Braves will be hoping to pick up a win in today’s matchup, as they have gone just 1-4 over their last 5 games. In this rough stretch of games, the team’s run differential comes in at -9. In their last 5 contests, Atlanta is averaging 4.4 runs per game, right in line with their season average of 4.75. So far, Atlanta has won over half of their 34 series played, going 16-12-6.

Boston will look to move on from a 8 run loss to the Royals, falling by the score of 13-5. In the game, the team’s pitching staff allowed a total of 11 hits, leading to 13 runs. Offensively, they finished with 5 runs on 10 hits. Boston dropped the game despite being favored at -160.0. For the season, the team has been favored in 60 games, winning at a rate of 55.1%. In terms of the over-under, the Red Sox and Royals combined to surpass the line of 9.5 runs. On the season, the team has an over-under record of just 50-53-7.

In their last 5 contests, the Red Sox have just 1 win, going 1-4. This recent slump is backed by a scoring margin of -15 over their last 5 games. Even with their recent struggles, the offense has been steady, averaging 4.0 runs per game. This is right in line with their season average of 4.48. Boston has a below .500 series record of just 13-16-5.

The Atlanta Braves will send Charlie Morton to the mound with an overall record of 5-5. To date, Morton has an ERA of 4.1 while lasting an average of 5.53 innings per appearance. Through 21 outings, opposing teams have combined for a batting average of 0.226. Home runs have been a concern for Morton as he is allowing 1.16 per 9 innings. Per game, Charlie Morton is averaging 6.38, on a strikeout percentage of 27.0%. In his previous outings, walks have been an issue, as Morton is averaging 3.33 free passes per outing.

Rich Hill gets the start for the Red Sox, with an overall record of 4-5. To date, Hill has an ERA of 4.64 while lasting an average of 4.58 innings per appearance. Opposing teams have hit the ball well against the right-hander, with a batting average of 0.261. Opposing batters are hitting for power at a below-average rate against Hill, as he is allowing just 1.11 per 9 innings. In terms of strikeouts, Rich Hill has a strong K% of 19.0%, including a per game average of 3.69. Command has been a problem for Hill, as he is giving up 2.81 walks per outing.

For the season, the Atlanta Braves and Boston Red Sox will be playing their 3rd game of the season. So far, the teams have each won 1 time. The over-under record in this series sits at 1-0. The average run total in these games is 13.5 runs per game. The averge scoring margin in these meetings is 3.5 runs. Boston won last year’s head to head series, grabbing 3 wins to 1. In these 4 meetings, the two teams combined for an over-under record of 3-1. Last year, the Braves and Red Sox averaged 13.5 runs per game. The average scoring differential in this series was 2.5 runs per game.

Heading into Tuesday’s Interleague matchup between Atlanta and Boston, the over-under line is set at 9.5 runs. Look for the game to surpass this number, led by a big offensive performance from the Braves. On the season, Atlanta has the 2nd best wOBA vs left-handed pitching. I recommend taking the over.