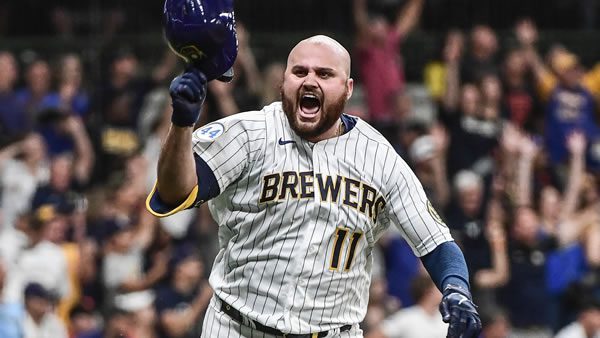 The Chicago Cubs host the Milwaukee Brewers on Monday, May 30th at Wrigley Field. The first pitch in this matchup is scheduled for 01:05 ET. The MLB Odds Board places Milwaukee as the favorite (-114), with an OU line set at 11.0.

The Milwaukee Brewers will look to pick up another big win after they defeated St. Louis by a score of 8-0. Overall, the team’s pitching staff limited St. Louis to 0 runs on 4 hits. The Brewers benefited from an offense that generated 8 runs on 13 hits. In the matchup, Milwaukee was favored at -147.0 on the moneyline. Through 42 games as the favorite, the team has found the win column at a rate of 62.0%. With the OU line set at 7.0 runs, the Brewers and St. Louis combined to go over this total. Even with this game going over the total, Milwaukee still has an over-under record of just 21-24-3.

In the Brewers’ last 5 games, they are above .500, going 3-2. During this time, they have an average scoring differential 3. Milwaukee comes into the game struggling on offense, averaging 3.8 over their last 5. This figure is down from their season average of 4.54. So far, Milwaukee has won over half of their 16 series played, going 10-4-2.

In their last game, the Cubs suffered a 1 run loss to the White Sox by a score of 5-4. Chicago’s pitching staff gave up 10 hits, leading to 5 runs for the White Sox. With their 5 hits, the Cubs could only muster 4 runs. Leading into Chicago’s loss, they were the underdogs, getting 126.0 on the moneyline. So far, the team has gone into 30 games as the underdog, still finding the win column at a rate of 43.0%. The Cubs and White Sox went over the run total line set at 7.0 runs. For the season, the team’s over-under record is (22-21-3).

In their last 5 contests, Cubs have just 2 wins, going 2-3. During this time, the team has a run differential of -6. Their recent record comes while the offense has picked up its play, averaging 5.6 runs over their last 5 game, compared to their overall figure of 4.37. Chicago has a below .500 series record of just 4-7-4.

Aaron Ashby gets the start for the Brewers, with an overall record of 0-3. Currently, Ashby has a strong ERA of just 2.91 while pitching an average of 3.4 innings per outing. So far, batters are hitting just 0.197 against him. Home runs have also not been an issue for Ashby, as he’s giving up just 0.53 per 9. Overall, he averages 3.9 per game, on a K rate of 26.0%. Command has been a problem for Ashby, as he is giving up 5.29 walks per outing.

Chicago will roll with Wade Miley (1-0) as their starter. So far, Miley has put together an ERA of 3.38. In his appearances leading up to today, he has lasted an average of 5.33 innings. Across his previous outings, opponents are batting 0.207 against Miley. Up to this point, Miley has a strikeout percentage of just 15.0% and a per game average of 3.33. Leading into the game, he has shown a strong command of his pitches, averaging just 3.94 walks per contest.

Today’s matchup between the Milwaukee Brewers and Chicago Cubs will be their 6th meeting of the season. So far, the teams have each won 3 times. The over-under record in this series sits at 4-1-1. The average run total in these games is 10.05 runs per game. The averge scoring margin in these meetings is 5.17 runs. Last season, Milwaukee picked up the series win, 15 games to 4. The over-under record in last year’s matchups was 9-8-2, with the average run total being 10.05 runs per game. The average scoring differential in this series was 4.89 runs per game.