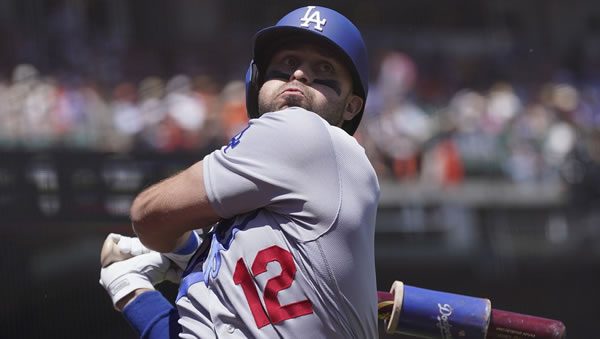 The Los Angeles Dodgers host the Milwaukee Brewers on Monday August 22nd at Dodger Stadium. The first pitch in this matchup is scheduled for 10:10 ET. The MLB Odds Board places Los Angeles as the favorite (-240), with an OU line set at 8.0.

Milwaukee looks to keep things rolling after taking down the Chicago Cubs by the score of 5-2. Overall, the team’s pitching staff limited the Cubs to 2 runs on 5 hits. The Brewers lineup had a good night at the plate, coming up with 7 hits, leading to 5 runs. In the matchup, Milwaukee was favored at -150.0 on the moneyline. So far, the team has been the favorite in 99 of their games, winning at a rate of 57.9%. The Brewers and Cubs played to an even match of the over-under line set at 7.0 runs. Milwaukee games have still gone over the posted over-under line more than half of the time, at 60-52-8.

The Brewers will be hoping to pick up a win in today’s matchup, as they have gone just 2-3 over their last 5 games. Despite their below .500 record (last 5), in this stretch the team still has a positive run differential at +2. During this stretch, the offense is averaging 4.6 runs per game, similar to their season-long average of 4.53. So far, Milwaukee has won over half of their 39 series played, going 17-15-7.

The Los Angeles Dodgers will be looking to pick up another win, as they most recently defeated the Marlins by 7 runs (10-3). For the game, the pitching staff held the Marlins to 3 runs on 6 hits. Offensively, they finished with 10 runs on 16 hits. In the game, Los Angeles was able to take care of business as they were the favorite at -165.0. For the season, the team has been favored in 117 games, winning at a rate of 71.0%. The Dodgers and Marlins went over the run total line set at 7.5 runs. So far, Los Angeles has an over-under record of just 49-61-10.

In their last 5 games, the Dodgers have put together a record of 4-1. Their recent success is backed by an average scoring margin of +14 (last 5). Los Angeles has benefited from strong pitching, as their offense has slipped in their last 5 games, averaging just 4.8 runs per game. Their overall average sits at 5.35. On the season, Los Angeles has won more than half of their series, going 27-9-2.

Milwaukee will roll with Eric Lauer (8-5) as their starter. So far, Lauer has put together an ERA of 3.58. In his appearances leading up to today, he has lasted an average of 5.69 innings. Through 22 outings, opposing teams have combined for a batting average of 0.226. Home runs have been a concern for Lauer as he is allowing 1.73 per 9 innings. In terms of strikeouts, Eric Lauer has a strong strikeout percentage of 24.0%, including a per game average of 5.59. In his previous outings, walks have been an issue, as Lauer is averaging 3.22 free passes per outing.

Julio Urias gets the start for Los Angeles with an overall record of 13-6 and ERA of 2.40. Throughout the season, Urias has been able to accumulate strikeouts without issuing walks, posting a K/BB ratio of 123/16. Los Angeles has now 11 straight games with the left-hander on the mound. In his last 3 outings, he has given up just 1 earned run.

For the season, the Milwaukee Brewers and Los Angeles Dodgers will be playing their 5th game of the season. Today’s game will be a rubber match for the two teams, as Milwaukee and Los Angeles each have 2 wins. Through 4 games, the series’ over-under record is 2-2, with the average run total sitting at 10.86 runs per game. The average scoring margin in these meetings is 2.0 runs. Los Angeles won last year’s head to head series, grabbing 4 wins to 3. In these 7 meetings, the two teams combined for an over-under record of 5-2. Last year, the Brewers and Dodgers averaged 10.86 runs per game. The average scoring differential in this series was 4.29 runs per game.

Heading into Monday’s National League matchup between Milwaukee and Los Angeles, the over-under total is set at 8 runs. However, with Julio Urias on the mound, I don’t expect Milwaukee to contribute much to the scoreboard. On the other side, Eric Lauer’s last start came against these same Dodgers, where gave up just 2 runs across 7 innings. I recommend taking the under.