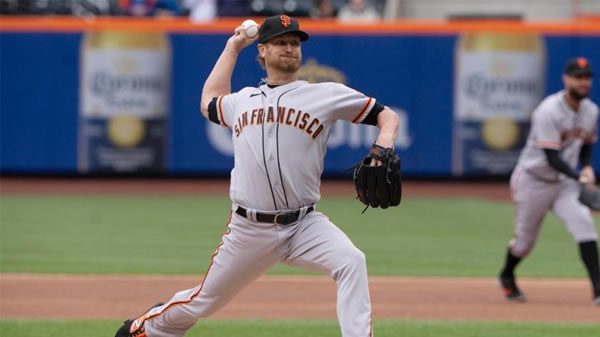 The San Francisco Giants host the Milwaukee Brewers on Saturday, July 16th at Oracle Park. The first pitch in this matchup is scheduled for 07:15 ET. The MLB Odds Board places San Francisco as the favorite (-135), with an OU line set at 8.0.

The Brewers are hoping to get back on track, after falling to the Giants by a score of 8-5. Milwaukee’s pitching staff finished the game by allowing 11 hits, leading to 8 runs. Offensively, they finished with 5 runs on 6 hits. This defeat came despite being favored at -125.0. So far, the team has been the favorite in 76 of their games, winning at a rate of 56.9%. With the over-under line set at 7.0 runs, the Brewers and Giants combined to go over this total. This result is part of a larger trend, as Milwaukee has had the over has hit in more than half of their games (44-42-5).

The Brewers will be hoping to pick up a win in today’s matchup, as they have gone just 2-3 over their last 5 games. This mark has come on an average run margin of just -4. During this stretch, the offense is averaging 4.2 runs per game, similar to their season-long average of 4.52. So far, Milwaukee has won over half of their 30 series played, going 13-10-7.

San Francisco is coming off a 3-run win over the Brewers (8-5). On their way to giving up 5 runs, the Giants staff allowed 6 hits. At the plate, the Giants scored 8 times on 11 hits. This was a good win for the Giants, as they were underdogs at 115.0 on the moneyline. In their 19 games as the underdog, their straight-up win percentage sits at 42.0%. In terms of the over-under, the Giants and Brewers combined to surpass the line of 7.0 runs. For the season, the team’s over-under record is 43-41-5.

Milwaukee will roll with Eric Lauer (6-3) as their starter. To date, Lauer has an ERA of 3.83 while lasting an average of 5.57 innings per appearance. Lauer comes into the game with a batting average allowed of 0.234. Home runs have been an issue for Lauer, as he is allowing an average of 1.82 per 9 innings pitched. On the season, Eric Lauer has had no problem racking up strikeouts, posting a strikeout percentage of 26.0%. This includes a per game average of 6.0 K’s per game. Command has been a problem for Lauer, as he is giving up 2.82 walks per outing.

Alex Cobb gets the start for the Giants, with an overall record of 3-4. Cobb gets the start with an ERA of 5.0. On average, he has lasted 4.85 innings per appearance. Compared to other starters, the right-hander has a high BA allowed of 0.276. Throughout the season, Cobb has done a good job at limiting home runs, allowing 0.71 per 9 innings. On the season, Alex Cobb has had no problem racking up strikeouts, posting a strikeout percentage of 23.0%. This has led to an average of 4.85 K’s per game. Command has been a problem for Cobb, as he is giving up 2.86 walks per outing.

Today’s matchup between the Milwaukee Brewers and San Francisco Giants will be their 4th meeting of the season. San Francisco holds the edge in the series at 2-1. The over-under record in this series sits at 1-2. The average run total in these games is 7.43 runs per game. The averge scoring margin in these meetings is 2.0 runs. Last season, Milwaukee picked up the series win, 4 games to 3. In these 7 meetings, the two teams combined for an over-under record of 2-5. Last year, the Brewers and Giants averaged 7.43 runs per game. The average scoring differential in this series was 2.57 runs per game.

Leading into Saturday’s National League matchup between Milwaukee and San Francisco, the Giants are the favorite on the moneyline. Even though Eric Lauer has the statistical edge over Alex Cobb, I recommend taking the Giants to pick up the win. San Francisco is coming off an improbable comeback win over Milwaukee and closer Josh Hader. Look for San Francisco to ride that momentum to another win.

Free MLB Pick: Giants Moneyline. Note: Football is coming! Be sure to bookmark our Free NFL Picks page and check back weekly for game previews and predictions for every single game of the 2022-23 season!