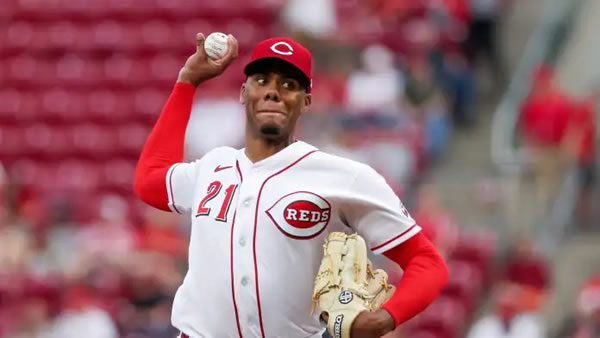 The Cincinnati Reds host the Milwaukee Brewers on Friday, June 17th at Great American Ball Park. The first pitch in this matchup is scheduled for 06:40 ET. The MLB Odds Board places Milwaukee as the favorite (-120), with an OU line set at 8.5.

After suffering a 1-run loss to the Mets (5-4), the Brewers will look to get back in the win column. In the loss, Milwaukee’s pitchers gave up 5 runs on 7 hits. With their 11 hits, the Brewers could only muster 4 runs. Milwaukee’s loss came as the underdog, getting 110.0 on the moneyline. Together, the Brewers and Mets combined to surpass the over-under betting line set at 8.0 runs. Milwaukee now has an over-under record of 32-30-3.

In their last 5 games, the Brewers are below .500, at 2-3. Even with this record, their scoring differential during this time is +4. During this stretch, the offense is averaging 4.8 runs per game, similar to their season-long average of 4.32. So far, Milwaukee has won over half of their 21 series played, going 10-8-3.

Cincinnati is coming off a 3 run loss to the Diamondbacks. Dropping the game 7-4. On their way to giving up 7 runs, the Reds staff allowed 8 hits. At the plate, the Reds only came through for 4 runs on 5 hits. This loss came as no surprise, as Cincinnati came into the game as the underdog, getting 120.0. So far, the team has gone into 45 games as the underdog, still finding the win column at a rate of 36.0%. The Reds and Diamondbacks went over the run total line set at 7.5 runs. For the season, the team’s over-under record is 34-28-1.

Milwaukee will roll with Eric Lauer (5-2) as their starter. To date, Lauer has an ERA of 3.36 while lasting an average of 5.56 innings per appearance. Lauer comes into the game with a batting average allowed of 0.227. Opposing batters have been able to drive the ball with power against Lauer, averaging 1.62 homers per 9 innings pitched. Per game, Eric Lauer is averaging 6.09, on a strikeout percentage of 26.0%. For the season, he has struggled with command averaging 3.06 walks per outing.

Cincinnati will roll with Hunter Greene (3-7) as their starter. To date, Greene has an ERA of 5.1 while lasting an average of 5.0 innings per appearance. Greene will take the mound with a BA allowed of 0.224. Home runs have been a concern for Greene as he is allowing 2.25 per 9 innings. In terms of strikeouts, Hunter Greene has a strong K% of 30.0%, including a per game average of 6.58. For the season, he has struggled with command averaging 3.9 walks per outing.

Today’s matchup between the Milwaukee Brewers and Cincinnati Reds will be their 7th meeting of the season. So far, Milwaukee is leading the season series, 4-2. Through 6 games, the series’ over-under record is 6-0, with the average run total sitting at 8.16 runs per game. In these matchups, the average scoring differential sits at 5.17 runs. Going back to last year, Milwaukee won the season series, 10 games to 9. In these 19 meetings, the two teams combined for an over-under record of 8-10. Last year, the Brewers and Reds averaged 8.16 runs per game. On average, the winning team won by a margin of 3.53 runs per contest.

Heading into Friday’s matchup between Milwaukee and Cincinnati, the Brewers are the slight favorite to pick up the win. Red starter Hunter Greene has already faced Milwaukee 2 times, getting shelled the first time around. However, he rebounded from that outing by giving up just 2 runs across 5 1/3 innings. However, in today’s game, I see Eric Lauer having a bounceback performance after giving up 8 runs to the Nationals. I like Milwaukee on the moneyline.

Free MLB Pick: Brewers Moneyline. Bet your Brewers vs. Reds pick and ALL your baseball wagers for FREE this week by taking advantage of a 100% real cash bonus on your first deposit of $100 to $300 when you use bonus code PREDICT100 at MyBookie Sportsbook!