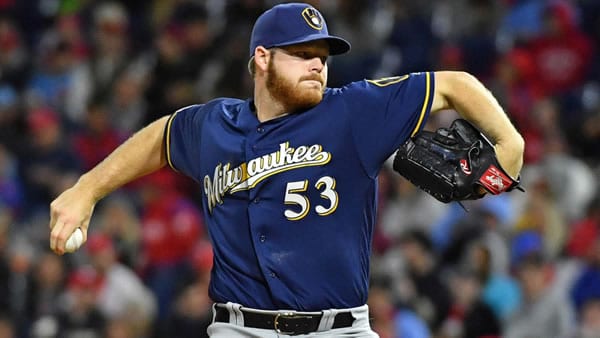 The Colorado Rockies host the Milwaukee Brewers on Tuesday September 6th at Coors Field. The first pitch in this matchup is scheduled for 08:40 ET. The MLB Odds Board places Milwaukee as the favorite (-185), with an OU line set at 11.0.

In their most recent game, Milwaukee picked up a 2 run win over Colorado (6-4). The Rockies came up with 5 hits leading to 4 runs against Milwaukee’s pitchers. The Brewers lineup had a good night at the plate, coming up with 9 hits, leading to 6 runs. Heading into their last game, Milwaukee was the betting favorite at -140.0. So far, the team has been the favorite in 109 of their games, winning at a rate of 57.9%. Combined, the Brewers and Colorado fell short of the over-under betting line of 11.5 runs. Milwaukee games have still surpassed the over-under line more than half of the time, at 65-61-8.

The Brewers will be hoping to pick up a win in today’s matchup, as they have gone just 2-3 over their last 5 games. This mark has come on an average run margin of just -6. On offense, Milwaukee’s offense has experienced a dip in production, averaging 3.2 runs per game over their last 5 contests. So far, Milwaukee has won over half of their 44 series played, going 20-17-7.

Colorado is coming off a 2 run loss to the Brewers 6-4. Colorado’s pitching staff gave up 9 hits, leading to 6 runs for the Brewers. With their 5 hits, the Rockies could only plate 4 runners. Leading into Colorado’s loss they were the underdogs, getting 120.0 on the moneyline. So far, the team has gone into 105 games as the underdog, still finding the win column at a rate of 37.0%. Combined, the Rockies and Brewers’ run total fell below the over-under line of 11.5 runs. Now, Colorado had an over-under record of 64-65-7.

Milwaukee will roll with Brandon Woodruff (9-4) as their starter. To date, Woodruff has an ERA of 3.54 while lasting an average of 5.43 innings per appearance. So far, Woodruff has a batting average allowed of 0.229. Opposing batters are hitting for power at a below-average rate against Woodruff, as he is allowing just 1.1 per 9 innings. In terms of strikeouts, Brandon Woodruff has a strong strikeout percentage of 28.9%, including a per game average of 6.48. For the season, he has struggled with command averaging 2.68 walks per outing.

In today’s game, Colorado turns to starter Chad Kuhl. For the year, he has a record of 6-8. So far, Kuhl has put together an ERA of 5.35. In his appearances leading up to today, he has lasted an average of 5.1 innings. Opposing teams have hit the ball well against the right-hander, with a batting average of 0.273. Opposing hitters are hitting home runs at an above-average rate against Kuhl. This year, he is allowing 1.6 HR’s per 9 innings pitched. In terms of strikeouts, Chad Kuhl has a strong K% of 17.0%, including a per game average of 3.95. For the season, he has struggled with command averaging 3.83 walks per outing.

Heading into Tuesday’s National League showdown between Milwaukee and Colorado, the over-under line is set at 11 runs. Look for today’s game to surpass this number, as Brandon Woodruff has given up multiple home runs in 3 of his past 5 starts. On the other side, I expect Milwaukee to pile on to Chad Kuhl’s recent struggles. I recommend taking the over.