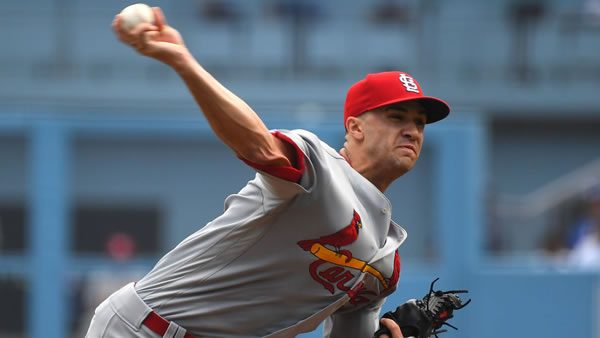 Money Line: Cardinals +113 / Padres -135 (BAS - Bet on sports at reduced odds here! It’ll save you tons of money and is better than any bonus you can receive!)

The San Diego Padres host the St. Louis Cardinals on Thursday September 22nd at Petco Park. The first pitch in this matchup is scheduled for 04:10 ET. The MLB Odds Board places San Diego as the favorite (-135), with an OU line set at 8.0.

After suffering a 1 run loss to the San Diego (1-0), the Cardinals will look to get back in the win column. In the losing effort, the pitching staff still held San Diego to just 1 run on 5 hits. On offense, the Cardinals finished with 0 runs on 2 hits. St. Louis’s loss came as the underdog, getting 123.0 on the moneyline. This matchup remained below the over-under line set at 7.5 runs. With this result, St. Louis’s over-under record dropped even further, moving to just 70-75-5.

Over the Cardinals’ last 5 contests, they have a record of just 2-3. This mark has come on an average run margin of just -4. St. Louis’s offense is in the middle of a cold streak, as their offensive production has dipped to just 1.2 runs per game over their last 5 contests. So far, St. Louis has won over half of their 46 series played, going 25-11-10.

In their last game, the Padres picked up a close win over the Cardinals by a score of 1-0. For the game, the pitching staff held the Cardinals to 0 runs on 2 hits. The Padres offense ended the game with just 1 run on 5 hits. Heading into action, San Diego was the favorite at -133.0. For the season, the team has been favored in 109 games, winning at a rate of 59.0%. With this result, the Padres and Cardinals combined to fall below the over-under line of 7.5 runs. Now, San Diego had an over-under record of 68-76-5.

Over their last 5 games, the Padres have not lost a game, going 5-0. Their recent success is backed by an average scoring margin of +22 (last 5). San Diego has benefited from strong pitching, as their offense has slipped in their last 5 games, averaging just 5.2 runs per game. Their overall average sits at 4.36. On the season, San Diego has won more than half of their series, going 24-16-7.

St. Louis will roll with Jack Flaherty (0-1) as their starter. So far, Flaherty has put together an ERA of 4.7. In his appearances leading up to today, he has lasted an average of 3.83 innings. Compared to other starters, the right-hander has a high BA allowed, currently sitting at 0.275. Home runs have been an issue for Flaherty, as he is allowing an average of 1.17 per 9 innings pitched. Up to this point, Flaherty has a strikeout percentage of just 15.0% and a per-game average of 2.83. Throughout the season, Flaherty has avoided walking batters, allowing just 6.26 per contest.

San Diego will roll with Joe Musgrove (10-7) as their starter. Currently, Musgrove has a strong ERA of just 3.16 while pitching an average of 6.11 innings per outing. This season opponents are hitting .230 against Musgrove. Opposing batters have been able to drive the ball with power against Musgrove, averaging 1.15 homers per 9 innings pitched. On the season, Joe Musgrove has had no problem racking up strikeouts, posting a strikeout percentage of 25.0%. This has led to an average of 6.11 K’s per game. For the season, he has struggled with command averaging 1.85 walks per outing.

For the season, the St. Louis Cardinals and San Diego Padres will be playing their 6th game of the season. St. Louis has the lead in the series at 3-2. The over-under record in this series sits at 0-4. The average run total in these games is 10.5 runs per game. The averge scoring margin in these meetings is 2.6 runs. Last year, the teams split the season series at 3-3. In these 6 meetings, the two teams combined for an over-under record of 5-1. Last year, the Cardinals and Padres averaged 10.5 runs per game. The average scoring differential in this series was 3.5 runs per game.

Leading into Thursday’s National League matchup between St. Louis and San Diego, the Padres are the slight favorite on the moneyline. Look for the Cardinals’ struggles to continue as Jack Flaherty comes into the game with a WHIP of 1.83. In addition, the team is really struggling at the plate of late. I recommend taking San Diego on the moneyline.

Free MLB Pick: Padres Moneyline. Bet your games for FREE this week by scoring a 100% real cash bonus up to $500 when you use bonus code PREDICTEM on the special offers page at the oldest and most trusted sportsbook on the web —> Everygame!