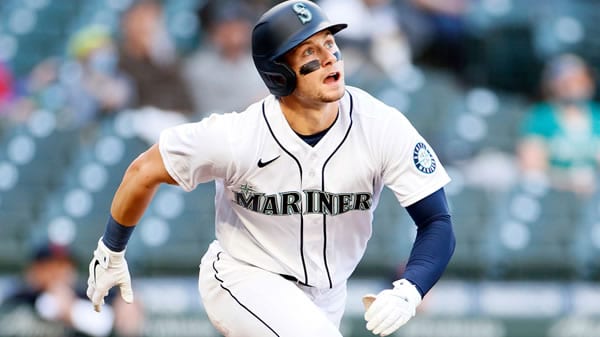 The first thing you notice when you look at Triston McKenzie is just how high that WHIP is. Walks have been a real issue for the Indians’ hurler, with no better example than when he faced the White Sox on May 1. In the second inning of that start, he gave up just one hit, which proved to be the only ball put in play that inning, as all three outs were strikeouts. The problem was that the hit was a home run, and it came after McKenzie had loaded the bases with walks and forced home a run, allowing Chicago to score five runs while getting just one hit.

For the season, McKenzie has more walks than he does hits surrendered, which makes it a real question as to why teams don’t just wait him out more. The counter to that is that McKenzie has fanned 34 opposing hitters this year, but there’s a good chance that several of those hitters are getting themselves out by chasing pitch-es they don’t need to go after.

Being a power hitter isn’t easy when you play in Seattle, but Mitch Haniger has done a fine job of it to this point in the season. So far, Haniger has homered 11 times in 37 games, nearly halfway to his career-high. If Haniger were to maintain this pace, he’d end up with around 45 home runs, which would dwarf his previous career-high of 26.

The signs of his newfound power were evident in 2019 when he only played in 63 games but managed to hit 15 home runs. However, his success could have been a bit overlooked because he’s been through several surgeries and missed all of the pandemic-shortened season recovering from them. But now that he’s back to full strength, it’s clear that the surge is real, and the Mariners have a bona fide home run threat.

The problem for Seattle is that the rest of the team is still lagging. Kyle Seager has been a solid No. 2 hitter, but nobody else is even close to Haniger and Seager’s totals in home runs or RBIs, and it’s not because either is setting the world on fire to the extent that nobody else can come close. Both are having strong seasons, but the rest of the Mariners have been poor, combining for an MLB-worst batting average of .204.

By now, it’s well established that hitting is just not something that Cleveland does well. Were it not for the Mariners, Cleveland’s .211 batting average would rank as the worst in the majors. But the Indians make up for that with strong pitching, as their staff ranks seventh in the majors in ERA with a 3.45 mark.

Seattle doesn’t do that. The Mariners’ team ERA is nearly a run higher than the Indians at 4.30, leaving Seattle as a team that can’t hit and can’t prevent runs at the same time. As a result, while the Indians have surged to the second-best record in the American League, Seattle has seen its hot start fade away. The Mariners are a mere 8-14 in their past 22 games, which has them fading back into their standard spot of obscurity after a sol-id start to the season.

The wind won’t help the hitters here, as it’s blowing north at eight miles per hour, sending balls toward the first-base dugout. The temperature should be a perfect 70 degrees.

With Seattle fading and showing a success allergy to boot, the play here has to be to take Cleveland. I admit I’m worried about McKenzie’s control issues, but the Mariners aren’t exactly a patient team (they also rank last in OBP), so they’re more likely to get themselves out via frustration than they are to take advantage of McKenzie’s generosity.

Cleveland is the team playing better baseball, and the juice is very reasonable. Give me the Tribe here.