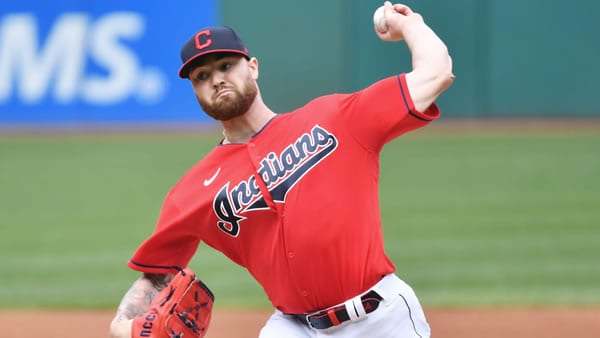 It’s becoming more apparent that Rich Hill’s 13-strikeout performance against Kansas City in May was more of a final performance than recalling the past. Hill was brilliant in that performance. However, in his recent showings, he’s been far less stellar. Over his past four starts, Hill has given up four runs three times and hasn’t recorded more than five strikeouts in a game since that loss to Kansas City. Part of Hill’s problem is that he’s making a fair amount of mistakes, namely that he’s walking too many hitters and giving up too many deep shots. Over his past four starts, he’s allowed ten walks and six home runs, and in an era where home runs and strikeouts are considered the beginning and end of success at the plate, that’s not an ideal situation for a pitcher. That’s even more true for a pitcher with Tampa Bay, which is notorious for pulling pitchers after they’ve been through the lineup twice.

With apologies to New Found Glory, it’s safe to say that Cleveland never planned on this disaster with Logan Allen on the mound. Allen pitched decently well for the Indians in limited appearances in 2019 and 2020, but things have taken a turn for the worse in his first full, somewhat normal year in northeast Ohio. Allen proved to be such a mess that he went from starting the year in the Indians’ rotation to making the drive down Interstate 71 to Triple-A Columbus, only recently returning to the rotation.

Unfortunately for Cleveland, he doesn’t seem to have things straightened out, as his first start back was a 7-1 loss to the Tigers. But it’s not like the Indians would really know the difference because they’ve provided virtually no run support for Allen when he’s taken the ball. So far, Cleveland has scored a combined 11 runs in six games in which Allen has taken the ball. When your pitcher’s getting tagged, you’d better be able to hit your way out of a mess, and the Indians can’t really do that with an OBP of .296, 29th in the majors.

If It’s Anywhere, We’ll Find It On the Road

Travel fever is gripping the nation right now, and the Indians are likely caught up in it as well after a genuinely disastrous home stretch where they lost five straight and blew a chance to take advantage of the White Sox dropping two out of three in Detroit. Of course, part of the Tribe’s problem was that they were hosting the Astros, who happen to be baseball’s best road team and were coming in ticked off after an embarrassing sweep at home at the hands of the Orioles. Facing Tampa Bay isn’t a whole lot better, as the Rays come in as losers in five of their past six games and couldn’t generate much offense against either Toronto/Buffalo or Washington. However, there’s hope for both offenses. Both teams traditionally hit lefty pitching pretty well, and the Rays have proven able to take away a left-hander’s ability to get hitters to get themselves out by leading the majors in walks against southpaws. With two lefties on the mound, this could be a game where both teams break out.

Weather won’t be a factor in this one, given the roof on Tropicana Field.

The bet I want most here is the over because I don’t trust either one of these pitchers to get the job done. I think both could struggle against their respective opponents, given that both of them have success against left-handers.

As for the result of the game itself, the reality is that there is no value at all on Tampa Bay. The Rays are tough to trust right now with how they’ve been losing, and with Hill on the mound, this matchup is likely going to be a close, high-scoring affair. With the Rays getting terrible odds and the Indians likely anxious to see someone other than the Astros, I’m going where the value is. That means Cleveland, so I’m taking the Tribe.