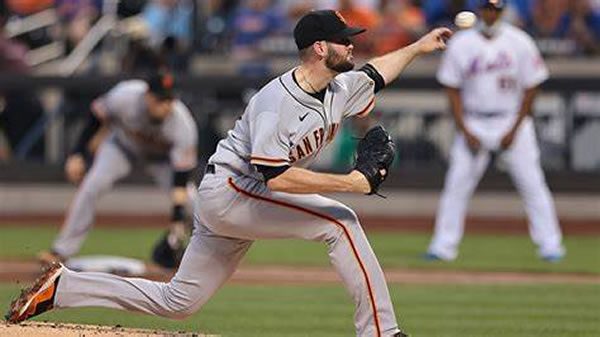 The San Francisco Giants host the Chicago Cubs on Thursday, July 28th at Oracle Park. The first pitch in this matchup is scheduled for 09:45 ET. The MLB Odds Board places San Francisco as the favorite (-130), with an OU line set at 8.0.

In their most recent game, Chicago picked up a 2-run win over the Pirates (4-2). Overall, the team’s pitching staff limited the Pirates to 2 runs on 4 hits. The Cubs benefited from an offense that generated 4 runs on 10 hits. Heading into their last game, Chicago was the betting favorite at -190.0. So far, the team has been the favorite in 32 of their games, winning at a rate of 44.0%. This matchup remained below the over-under line set at 8.0 runs. So far, Chicago has been a good candidate to fall below the betting line, as their over-under record sits at just 44-47-6.

The Giants will look to get back on track after dropping their last game by a score of 5-3 to the Diamondbacks. In the game, the team’s pitching staff allowed a total of 8 hits, leading to 5 runs. The Giant’s offense ended the game with just 3 runs on 7 hits. San Francisco dropped the game despite being favored at -115.0. For the season, the team has been favored in 74 games, winning at a rate of 54.0%. With an over-under line set at 8.0, the Giants and Diamondbacks combined to match this total. On the season, San Francisco’s overall over-under record sits at 48-45-5.

In their last 5 contests, the Giants have just 0 wins, going 0-5. During this time, the team has a run differential of -18. The team’s offense is partly to blame for their recent slump, as they have averaged just 2.4 runs over their last 5 game. On the season, San Francisco has won more than half of their series, going 14-13-5.

Chicago will roll with Justin Steele (4-6) as their starter. To date, Steele has an ERA of 4.02 while lasting an average of 4.84 innings per appearance. Teams have been able to rack up runs against him, as he has a batting average allowed of 0.246. So far, Steele has managed to keep the ball in the ballpark, allowing just 0.62 home runs per 9 innings. On the season, Justin Steele has had no problem racking up strikeouts, posting a strikeout percentage of 21.0%. This includes a per game average of 4.5 K’s per game. For the season, he has struggled with command averaging 4.23 walks per outing.

The San Francisco Giants will send Alex Wood to the mound with an overall record of 6-8. Wood gets the start with an ERA of 4.21. On average, he has lasted 4.95 innings per appearance. Compared to other starters, the right-hander has a high BA allowed of 0.262. Opposing batters are hitting for power at a below-average rate against Wood, as he is allowing just 0.96 per 9 innings. In terms of strikeouts, Alex Wood has a strong K% of 24.0%, including a per game average of 5.05. For the season, he has struggled with command averaging 2.2 walks per outing.

Today’s matchup between the Chicago Cubs and San Francisco Giants will be their first meeting of the season. Last year, San Francisco won the season series 6-1. In these 7 meetings, the two teams combined for an over-under record of 4-3, with the average scoring differential sitting at 3.86 runs. Between the games, the average run total was 10.43 runs per game.

Heading into Thursday’s National League matchup between Chicago and San Francisco, the over-under line is set at 8 runs. For today’s best bet, I recommend tanking the Cubs and Giants to remain below this line, as both teams have been inconsistent at the plate. Justin Steele has given up more than 1 run just once in his last 4 outings, while Alex Wood has been racking up the strikeouts over his last several apperances.

Free MLB Pick: Under 8 Runs. Football season is coming! Be sure to bookmark our free nfl football picks page!