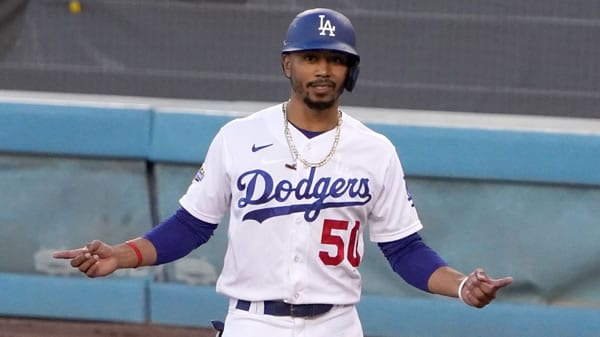 Maybe April just isn’t the Tigers’ month, or maybe this is part of the growing pains that come as a young team tries to learn how to win in the big leagues. Either way, betting on the Tigers has been a great way to lose money in the first month of the season, as Detroit is seven games under .500 and has returned a loss of four units to bettors at this point of the season. It’s important to remember that the season is far from over for the Tigers, and they weren’t expected to contend this year anyway, so this could become a sneaky bet later on in the season. Last year, we saw this with the Tigers, who were terrible in April before playing above .500 the rest of the year. But so far, Detroit hasn’t really gotten its offense going, as it managed a mere two runs in its past three games. The Tigers have scored just seven runs in five games, lost them all, and bunched four of their runs into one inning. In short, this just isn’t a team that’s playing good baseball at the moment.

Staying in the Park

The biggest reason for the Tigers’ struggles is that they are not connecting with much power at this point of the season. Detroit has just eight home runs on the year, the worst in the majors and the only team in MLB that hasn’t managed to get to double digits in that category. Beyond getting the ball out of the park, the Tigers simply don’t score a lot of runs, as their 59 runs is behind everyone except Kansas City and the White Sox, and their slugging percentage sits below everyone except for Cincinnati.

Things are going much better in Los Angeles, where the Dodgers aren’t quite as effective on offense as usual but are still getting the job done with some regularity. Los Angeles’ batting average of .242 ranks 11th in the majors this season, not anywhere near as good as during its championship seasons but still reasonably effective. With the NL West looking like it’s a dogfight yet again, the Dodgers are going to need the offense to at least maintain this level of performance over the course of the season, as San Francisco and San Diego appear every bit as strong as expected.

Even Clayton Kershaw would agree that he’s no longer the Dodgers’ big-game pitcher at this point in his career, but there’s nothing wrong with being Robin to Walker Buehler’s Batman. Kershaw has stepped into his role as the Dodgers’ No. 2 hurler by resurrecting his past successes, as he’s won his three starts with a 2.65 ERA and 0.59 WHIP. All of the Dodgers’ pitching staff has done a fine job this season, as hitters bat just .179 against Los Angeles, but the Dodgers are simply a better staff and better team overall when Kershaw is dealing.

This is going to be a great day for baseball in Los Angeles, with temperatures hitting 64 degrees and winds blowing at five miles per hour toward the fences in right-center.

The problem here is there is just not much value on the Dodgers giving the ridiculous amount of juice. Of course, the juice is that high for a reason, but I think this might be a low-scoring contest that gives the Tigers a chance to hang around. The fact that I can get the Tigers at +1.5 for plus money says that there’s a lot of value on Detroit to make this interesting. My main play is the under, but I’ll take the Tigers +1.5 for +125 here.