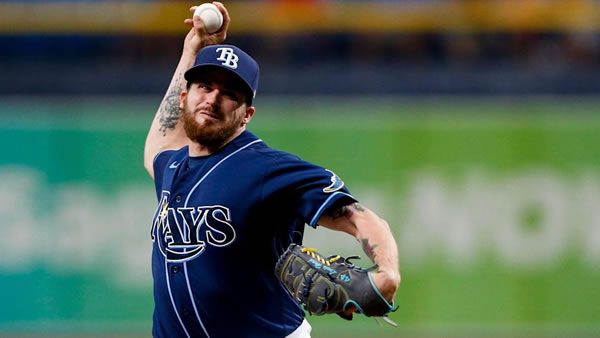 With 16 games to go, the Rays have just about done their job and locked up the top seed in the American League. Tampa Bay is the first team in the AL to 90 wins, and the Rays hold an eight-game lead on the rest of the AL East, seemingly securing their spot as the division champion. However, with Houston still five games behind, don’t expect the Rays to back off easily until they’ve locked up the top seed and the battle with the wild card. They’ll need that motivation because they’re facing the rare also-ran that actually has something to play for. Detroit is in an odd position because the Tigers knew they were never going to compete for a playoff spot in 2021. As such, they’ve still got genuine motivation to keep trying their best because getting to .500 would set this group up to make a real run in a weak AL Central in 2022. The Tigers have been playing with enthusiasm and hope as they close in on .500, and they’ve already proven they can play with the Rays, having taken two out of three from Tampa Bay a week ago in Michigan.

It’s ironic to see bullpen games not working out for Tampa Bay, considering the Rays are the ones who invented the opener strategy, but the hard reality is that this isn’t going to plan for the Rays. Louis Head has been the man starting the games as the opener, but the over has cashed in six of his past seven appearances. In four of the past seven times Tampa Bay has tried this, the Rays’ bullpen has given up no fewer than seven runs each time, leading to losses to Minnesota, Toronto, and these same Tigers. The good news with these bullpen games is that the Rays have hit when their pitchers put them in these positions. In Head’s last ten appearances, Tampa Bay has averaged 7.1 runs per game despite getting shut out once and scoring a single run. The Rays have hit well all season, but their recent issues with the bullpen have made the over a very attractive play.

Tyler Alexander has a good matchup here in terms of his strengths, as he’s the kind of pitcher who needs to get batters out without letting the ball get put in play. He doesn’t tend to last long in his starts, but he has averaged almost one strikeout per inning this season, recording 71 K’s in 83 innings of work.

This is a good opportunity for him to rack up strikeouts, as nobody believes in the “three true outcome” style of baseball more than Tampa Bay. Only the Cubs strike out more than the Rays, who don’t mind strikeouts as long as their players avoid the double-play ball. Tampa Bay is the MLB leader in runs scored, so if Alexander’s not making batters miss, he’s in trouble.

Weather won’t play a factor in the Rays’ dome.

The best bet on the board is the over, as the Rays’ hitting is as strong as ever while the bullpen has struggled when it has to carry the load. The Rays’ recent performances with the bullpen games has me reluctant to trust them in this situation, especially when you’ve got to lay this kind of juice to do so. Throw in that Detroit is playing well and just won two out of three from the Rays, and the conditions are right to play the underdog. Give me the Tigers.