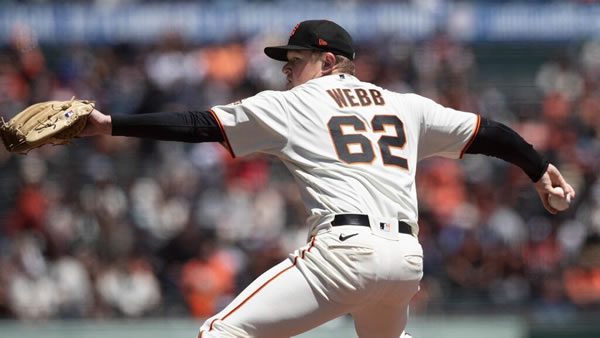 The San Francisco Giants host the Los Angeles Dodgers on Friday September 16th at Oracle Park. The first pitch in this matchup is scheduled for 10:15 ET. The MLB Odds Board places Los Angeles as the favorite (-165), with an OU line set at 7.5.

In Los Angeles’s last game, they fell to Arizona by a score of 5-3. In the loss, Los Angeles’s pitchers gave up 5 runs on 5 hits. Offensively, they finished with just 3 runs on 5 hits. Dodgers suffered the loss, despite being favored at -125.0. So far, the team has been the favorite in 138 of their games, winning at a rate of 70.0%. This matchup remained below the over-under line set at 9.0 runs. So far, Los Angeles has been a good candidate to fall below the betting line, as their over-under record sits at just 61-69-12.

The Dodgers are looking to continue adding wins, as they are 4-1 over their last 5 games. Over this stretch, the team has a positive run differential at +21. A key to their recent success has been an offense averaging 6.4 runs per game, compared to their season average of 5.42. So far, Los Angeles has won over half of their 45 series played, going 33-10-2.

San Francisco will look to keep things rolling in today’s game, as they most recently took down Braves by 3 runs 4-1. In the win, the pitching staff allowed just 1 run on 6 hits. At the plate, the Giants only came through for 4 runs on 5 hits. This was a good win for the Giants, as they were underdogs at 110.0 on the moneyline. So far, the team has gone into 44 games as the underdog, still finding the win column at a rate of 30.0%. With this result, the Giants and Braves combined to fall below the over-under line of 7.5 runs. Now, San Francisco had an over-under record of 67-68-8.

In their last 5 games, the Giants have put together a record of 4-1. Their recent success is backed by an average scoring margin of +5 (last 5). San Francisco has benefited from strong pitching, as their offense has slipped in their last 5 games, averaging just 3.4 runs per game. Their overall average sits at 4.38. San Francisco has a below .500 series record of just 20-20-7.

The Los Angeles Dodgers will send Dustin May to the mound with an overall record of 1-2. So far, May has put together an ERA of 4.71. In his appearances leading up to today, he has lasted an average of 5.25 innings. Through 4 outings, opposing teams have combined for a batting average of 0.200. Despite a strong batting average allowed, May is prone to giving up home runs, averaging 1.29 homers per 9 innings pitched. May is in the bottom half of the league in strikeouts, averaging just 5.25 K’s per game. This includes a strikeout percentage of 23.0%. Leading into the game, he has shown a strong command of his pitches, averaging just 4.71 walks per contest.

Logan Webb gets the start for the Giants, with an overall record of 13-8. Through 29 appearances, Webb has an ERA of just 3.19 while averaging 6.14 innings per appearance. Across his previous appearances, the right-hander has a batting average allowed of 0.242. Throughout the season, Webb has done a good job at limiting home runs, allowing 0.56 per 9 innings. In terms of strikeouts, Logan Webb has a strong K% of 20.0%, including a per-game average of 5.14. Webb comes into the game hoping to improve his walk numbers, as he is averaging 2.33 free passes per outing.

Today’s matchup between the Los Angeles Dodgers and San Francisco Giants will be their 17th meeting of the season. So far, Los Angeles is leading the season series, 12-4. The over-under record in this series sits at 7-6. The average run total in these games is 7.75 runs per game. The averge scoring margin in these meetings is 3.44 runs. When looking back to last season, Los Angeles and San Francisco split the season series, with each team picking up 12. In these 24 meetings, the two teams combined for an over-under record of 11-12. Last year, the Dodgers and Giants averaged 7.75 runs per game. The average scoring differential in this series was 3.08 runs per game.

Leading into Friday’s NL West showdown between Los Angeles and San Francisco, the Dodgers are the strong favorite on the moneyline. However, I recommend taking the Giants to pull off the upset, as Logan Webb has picked up 2 straight wins, while Los Angeles has lost 3 out of Dustin May’s first 4 outings.