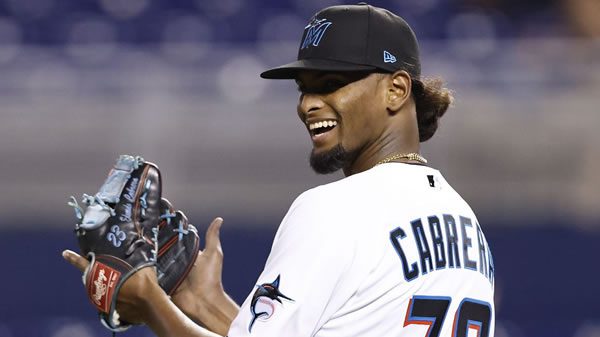 The Miami Marlins host the Los Angeles Dodgers on Sunday August 28th at LoanDepot park. The first pitch in this matchup is scheduled for 12:05 ET. The MLB Odds Board places Los Angeles as the favorite (-260), with an OU line set at 7.0.

The Dodgers will look to rebound from a close, 2-1 loss to Miami. Even in the loss, the pitching staff gave up just 2 runs while allowing 6 hits. Offensively, they finished with just 1 run on 6 hits. Dodgers suffered the loss, despite being favored at -200.0. Through 122 games as the favorite, the team has found the win column at a rate of 70.0%. This matchup remained below the over-under line set at 6.5 runs. This outcome pushed Los Angeles’s over-under record further below .500 at 52-63-10.

The Dodgers are looking to continue adding wins, as they are 3-2 over their last 5 games. During this time, they have an average scoring differential of +14. A key to their recent success has been an offense averaging 6.6 runs per game, compared to their season average of 5.40. So far, Los Angeles has won over half of their 40 series played, going 28-9-3.

In their last game, the Marlins picked up a close win over the Dodgers by a score of 2-1. In the winning effort, the team’s pitchers held the Dodgers to 1 run and 6 hits. The Marlins offense ended the game with just 2 runs on 6 hits. This was a good win for the Marlins, as they were underdogs at 180.0 on the moneyline. In their 66 games as the underdog, their straight-up win percentage sits at 30.0%. With this result, the Marlins and Dodgers combined to fall below the over-under line of 6.5 runs. This result comes as no surprise, as the team’s over-under record is just 53-66-7.

Julio Urías gets the start for the Dodgers, with an overall record of 13-7. Currently, Urías has an ERA of just 2.36 while pitching an average of 5.55 innings per outing. So far, batters are hitting just 0.206 against him. Urías is giving up home runs at a rate similar to the league average, allowing 1.08 per 9 innings. Per game, Julio Urías is averaging 5.42, on a strikeout percentage of 25.0%. For the season, he has struggled with command averaging 1.82 walks per outing.

The Miami Marlins will send Edward Cabrera to the mound with an overall record of 4-1. Heading into the game, Cabrera has appeared in 7 contests, posting an ERA of just 1.41. On average, he pitches 5.44 innings per appearance. Hits have been hard to come by against the right-hander, as his batting average allowed is just 0.138. This year Cabrera is allowing just 0.47 home runs per 9 innings pitched. In terms of strikeouts, Cabrera is averaging just 6.14 K’s per game. So far, he has struck out 28.0% of the batters he has faced. Cabrera comes into the game hoping to improve his walk numbers, as he is averaging 4.46 free passes per outing.

Today’s matchup between the Los Angeles Dodgers and Miami Marlins will be their 6th meeting of the season. So far, Los Angeles is leading the season series, 4-1. Through 5 games, the series over-under record is 2-3, with the average run total sitting at 8.71 runs per game. The averge scoring margin in these meetings is 4.0 runs. Dating back to last season, Miami picked up 4 wins compared to 3, taking the season series. In these 7 meetings, the two teams combined for an over-under record of 3-3. Last year, the Dodgers and Marlins averaged 8.71 runs per game. The average scoring differential in this series was 3.0 runs per game.

More Picks: Find out why the total is the bet on the Pirates at Phillies 8/28/22 game

Heading into Sunday’s matchup between Los Angeles and Miami, the Dodgers are the heavy favorite to come away with the win. However, Edward Cabrera has been excellent on the mound for Miami, as he hasn’t given up a run in his past 4 outings. Look for today’s game to play out similar to yesterday’s low-scoring contests. I recommend taking the under.