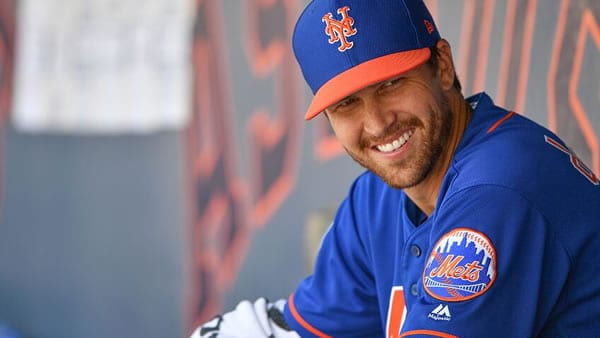 Money Line: Dodgers +113 / Mets -135 (Odds are cheaper at BAS! Why would you ever consider spending more than you have to?

The New York Mets host the Los Angeles Dodgers on Wednesday August 31st at Citi Field. The first pitch in this matchup is scheduled for 07:10 ET. The MLB Odds Board places New York as the favorite (-135), with an OU line set at 7.0.

The Los Angeles Dodgers will look to add another win to their resume after pulling out a slim 4-3 win over the NY Mets. Overall, the team’s pitching staff limited the NY Mets to 3 runs on 10 hits. The Dodgers benefited from an offense that generated 4 runs on 7 hits. Heading into their last game, Los Angeles was the betting favorite at -143.0. Through 125 games as the favorite, the team has found the win column at a rate of 71.0%. This matchup remained below the over-under line set at 8.5 runs. This outcome pushed Los Angeles’s over-under record further below .500 at 53-65-10.

In their last game, the Mets suffered a 1-run loss to the Dodgers by a score of 4-3. For the game, the pitching staff held the Dodgers to 4 runs on 7 hits. The Mets’ offense ended the game with just 3 runs on 10 hits. This loss came as no surprise, as New York came into the game as the underdog, getting 120.0. In their 31 games as the underdog, their straight-up win percentage sits at 45.0%. Combined, the Mets and Dodgers’ run total fell below the over-under line of 8.5 runs. Even still, New York games have still gone over the betting total over half of the time, at 63-58-9.

Across their last 5 contests, the Mets are above .500, going 3-2. During this time, the team’s run differential sits at +4. New York has played above .500 baseball, despite averaging just 3.2 runs in their last 5 games. This is a drop in production compared to their season average of 4.69. On the season, New York has won more than half of their series, going 29-9-3.

Tyler Anderson gets the start for the Dodgers, with an overall record of 13-2. Through 25 appearances, Anderson has an ERA of just 2.69 while averaging 5.61 innings per appearance. Hits have been hard to come by against the left-hander, as his batting average allowed is just 0.218. Home runs have not been an issue for Anderson, as he is giving up just 0.64 HR/9. Per game, Tyler Anderson is averaging 4.44, on a strikeout percentage of 20.0%. Command has been a problem for Anderson, as he is giving up 1.92 walks per outing.

Jacob deGrom gets the start for the Mets, with an overall record of 3-1. In his previous outings, deGrom has lasted an average of 5.82 innings, putting together an ERA of just 2.15. Hits have been hard to come by against the right-hander, as his batting average allowed is just 0.139. Not only does deGrom have a strong batting average allowed, but he has also avoided giving up home runs. In his previous outings, opponents are averaging just 0.62 home runs allowed per 9 innings. deGrom’s current strikeout average is 9.2 per game. This includes a K rate of 45.0%. Throughout the season, deGrom has avoided walking batters, allowing just 0.61 per contest.

Today’s matchup between the Los Angeles Dodgers and New York Mets will be their 6th meeting of the season. So far, Los Angeles is leading the season series, 3-2. The over-under record in this series sits at 1-3. The average run total in these games is 8.29 runs per game. The averge scoring margin in these meetings is 2.8 runs. Going back to last year, Los Angeles won the season series, 6 games to 1. In these 7 meetings, the two teams combined for an over-under record of 3-4. Last year, the Dodgers and Mets averaged 8.29 runs per game. The average scoring differential in this series was 3.14 runs per game.

Leading into Wednesday’s National League showdown between the Los Angeles and New York, the Mets have the slight edge on the moneyline. Even though Tyler Anderson has been excellent all season long, I recommend taking New York on the moneyline. Jacob deGrom should make life tough on Los Angeles, as he has a WHIP of just .55.

Free MLB Pick: Mets Moneyline. Bet your LAD/NYM prediction and ALL your sports wagers for FREE this week by scoring a 100% real cash bonus up to $500 by using SPECIAL unadvertised bonus promo code PREDICTEM at the web’s oldest and most trusted sportsbook: Everygame (Formerly Intertops)