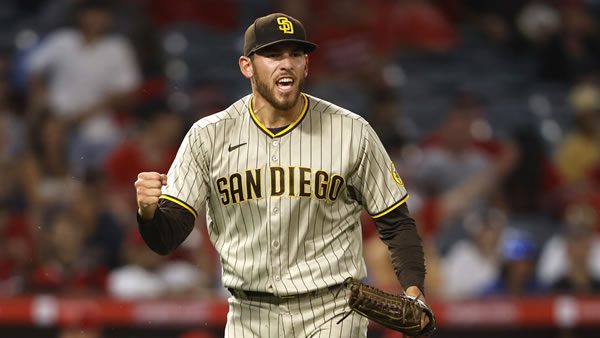 The San Diego Padres host the Los Angeles Dodgers on Wednesday September 28th at Petco Park. The first pitch in this matchup is scheduled for 09:40 ET. The MLB Odds Board places Los Angeles as the favorite (-140), with an OU line set at 7.5.

The Dodgers will look to rebound from a close, 4-3 loss to San Diego. In the loss, Los Angeles’s pitchers gave up 4 runs on 7 hits. With their 5 hits, the Dodgers could only muster 3 runs. This defeat came despite being favored at -101.0. So far, the team has been the favorite in 150 of their games, winning at a rate of 70.0%. Together, the Dodgers and San Diego stayed below the over-under line set at 7.5 runs. This outcome pushed Los Angeles’s over-under record further below .500 at 65-77-12.

In the Dodgers’ last 5 games, they are above .500, going 3-2. Despite their recent success, their last 5 run margin comes in at -4. Los Angeles has put together this record, despite averaging just 3.2 runs per game, compared to their season average of 5.29. So far, Los Angeles has won over half of their 49 series played, going 36-11-2.

In their last game, the Padres picked up a close win over the Phillies by a score of 4-3. In the win, the pitching staff allowed just 3 runs on 5 hits. The Padres offense ended the game with just 4 runs on 7 hits. Heading into action, San Diego was the favorite at -109.0. So far, the team has won 59.0% of the games in which they were favored. Combined, the Padres and Phillies’ run total fell below the over-under line of 7.5 runs. Now, San Diego had an over-under record of 71-78-5.

Across their last 5 contests, the Padres are above .500, going 3-2. During this time, the team’s run differential sits at +12. Compared to their season average, the Padres come into this game swinging the bats well, averaging 6.6 runs per game. On the season, San Diego has won more than half of their series, going 26-16-7.

Los Angeles will roll with Julio Urías (17-7) as their starter. Through 29 appearances, Urías has an ERA of just 2.25 while averaging 5.66 innings per appearance. So far, batters are hitting just 0.196 against him. Per 9 innings pitched, Urías is averaging 1.15 home runs allowed. On the season, Julio Urías has had no problem racking up strikeouts, posting a strikeout percentage of 24.0%. This includes a per-game average of 5.41 K’s per game. For the season, he has struggled with command averaging 2.09 walks per outing.

San Diego will roll with Joe Musgrove (2-1) as their starter. Through 4 appearances, Musgrove has an ERA of just 2.45 while averaging 5.5 innings per appearance. So far, batters are hitting just 0.175 against him. This year, home runs have been an issue for Musgrove. So far, he has allowed 1.23 per 9 innings. In terms of strikeouts, Musgrove is averaging just 6.0 K’s per game. Musgrove has done a good job at limiting walks, averaging just 1.64 per contest.

Today’s matchup between the Los Angeles Dodgers and San Diego Padres will be their 18th meeting of the season. So far, Los Angeles is leading the season series, 12-5. The over-under record in this series sits at 8-7. The average run total in these games is 8.21 runs per game. In these matchups, the average scoring differential sits at 4.71 runs. Last season, Los Angeles picked up the series win, 12 games to 7. In these 19 meetings, the two teams combined for an over-under record of 10-8. Last year, the Dodgers and Padres averaged 8.21 runs per game. The average scoring differential in this series was 2.84 runs per game.

Leading into Wednesday’s matchup between Los Angeles and San Diego, the Dodgers are the favorite to pick up the win. I recommend grabbing LA on the moneyline, as it is not often that you’ll get the opportunity to get the Dodgers at -140 with Julio Urias on the mound.