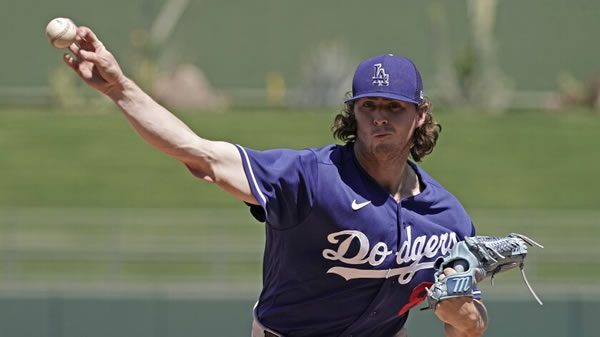 The Pittsburgh Pirates host the Los Angeles Dodgers on Wednesday, May 11th at PNC Park. The first pitch in this matchup is scheduled for 12:35 ET. The MLB Odds Board places Pittsburgh as the favorite (-175), with an OU line set at 8.5.

The Los Angeles Dodgers will look to pick up another big win after they defeated Pittsburgh by a score of 11-1. On their way to the victory, the pitching staff gave up 1 run on 4 hits. The Dodgers benefited from an offense that generated 11 runs on 15 hits. Heading into this game, Los Angeles was the betting favorite, at -215.0. So far, the team has been the favorite in 28 of their games, winning at a rate of 71.0%. With the OU line set at 8.5 runs, the Dodgers and Pittsburgh combined to go over this total. Even with this game going over the total, Los Angeles still has an over-under record of just 10-16-2.

In the Dodgers’ last 5 games, they are above .500, going 4-1. This record has come on an average scoring differential of 23. A key to their recent success has been an offense averaging 6.4 runs per game, compared to their season average of 5.21. So far, Los Angeles has won over half of their 10 series played, going 7-2-1.

Pittsburgh is coming off a 10 runs loss to the Dodgers. Dropping the game 11-1. In the game, the team’s pitching staff allowed a total of 15 hits, leading to 1 run. Offensively, they finished with 11 runs on 4 hits. This loss came as no surprise, as Pittsburgh went into the game as the underdog, getting 195.0. The Pirates and Dodgers went over the OU line set at 8.5 runs. Now, the team’s over-under record is back to .500 (13-13-3).

The Pirates come into today’s game looking to turn things around, as they are just 2-3 over their last 5 games. During this time, the team has a run differential of -14. Even with their recent struggles, the offense has been steady, averaging 3.8 runs per game. This is right in line with their season average of 3.72. Pittsburgh has a below .500 series record of just 2-5-3.

For the Dodgers, pitcher Ryan Pepiot will be making his first start of the season. If Pepiot doesn’t work deep into the game, the team will turn things over to a strong bullpen. Currently, the group has one of the better ERAs in the MLB at 2.61. The bullpen has done an excellent job dealing with runners on base, stranding runners at a rate of 78.4%

Pittsburgh will send Beau Sulser to the mound, having yet to factor into a decision on an ERA of 3.72. So far, he is averaging 2.3 innings per outing. Even with a high ERA, Sulser has been able to limit base runners, with a batting averge allowed of just 0.211. Not only are opposing teams getting on base through hits at an above average rate, they are also doing damage through home runs. So far, Velasquez is allowing 1.22 homers per 9 innings pitched. Heading into today’s action, Beau Sulser has yet to find his groove with strikeouts, averaging just 2.5 K’s per outing. Throughout the season, his strong command has led to an average of just 5.59 walks per contest.

Today’s matchup between the Los Angeles Dodgers and Pittsburgh Pirates will be their 2 first meeting of the season. Today’s game will be a rubber match for the two teams, as Los Angeles and Pittsburgh each have 1 win. Through 2 games, the series’ over-under record is 1-1, with the average run total sitting at 6.5 runs per game. In these matchups, the average scoring differential sits at 7.0 runs. Going back to last year, Los Angeles won the season series, 6 games to 0. In these 6 meetings, the two teams combined for an over-under record of 1-4-1. Last year, the Dodgers and Pirates averaged 6.5 runs per game. On average, the winning team won by a margin of 2.83 runs per contest.

Even though the Dodgers will be rolling out Ryan Pepiot, making his first start of the year, there is no reason to avoid taking LA on the runline. Throughout the season, the Dodgers have a runline record of 20-8. I see them adding to that record against Pittsburgh. I recommend Los Angeles -1.5.

Free MLB Pick: Dodgers -1.5. Question: Do you like to save money? Of course you do! Imagine the cash you’d have saved over the last year if you were doing your baseball betting at reduced odds? HUGE! Be wise! Take 5 minutes and make the switch today to BetAnySports! You’ll be so glad you did!