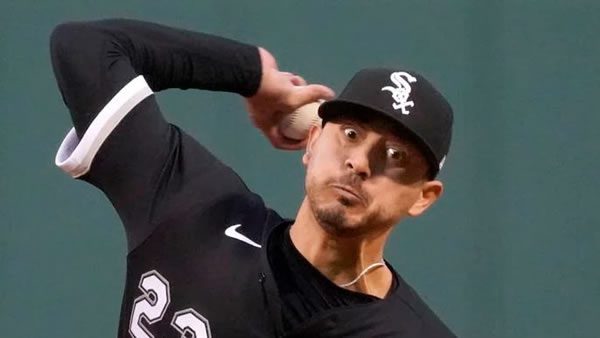 The Chicago White Sox host the Cleveland Guardians on Wednesday, May 11th at Guaranteed Rate Field. The first pitch in this matchup is scheduled for 02:10 ET. The MLB Odds Board places Chicago as the favorite (-141), with an OU line set at 8.5.

The Guardians come into this matchup having suffered a 3 run loss to the Chi Sox (4-1). Cleveland’s pitching staff finished the game by allowing 10 hits, leading to 4 runs. Offensively, they finished with just 1 run on 7 hits. Cleveland’s loss came as the underdog, getting 170.0 on the moneyline. Together, Guardians and White Sox stayed below the OU line set at 8.0 runs. Even after this game, Cleveland’s overall over-under record sits at (18-12-0).

In the Guardian’s last 5 games, they are above .500, going 3-2. During this time, they have an average scoring differential 2. Offensively, the team has put up 28 runs in their last 5 games. Cleveland’s season average comes in at 4.83 (4th. So far, Cleveland has won over half of their 10 series played, going 4-3-3.

In their last game, Chicago took down Guardians by a score of 4-1. For the game, the pitching staff held Guardians to 1 run on 7 hits. The White Sox offense ended the game with 4 runs on 10 hits. In the game, Chicago was able to take care of business as they were the favorite at -185.0. So far, the team has won 59.0% of their games in which they were the favorite. Combined, the White Sox and Guardians’ run total fell below the OU line of 8.0 runs. Now, Chicago had an OU mark of 12-16-1.

In their last 5 games, the White Sox have put together a record of 4-1. During this time, the team’s run differential sits at 5. The White Sox offense has elevated their play over their last 5 games, averaging 4.6 runs per game, compared to their season average of 3.52. On the season, Chicago has won more than half of their series, going 5-3-2.

For the Guardians, Aaron Civale gets the start. Heading into action, he has a record of 1-2. To date, Civale has an ERA of 9.45 while lasting an average of 4.0 innings per appearance. Teams have been able to rack up runs against him, as he has a batting average allowed of 0.326. In addition to a high a batting average allowed, opposing batters have been able to drive the ball with power against Civale, averaging 1.8 homers per 9 innings pitched. Up to this point, Civale has a strikeout percentage of just 22.0% and a per game average of 4.4. Leading into the game, he has shown a strong command of his pitches, averaging just 2.7 walks per contest.

Chicago will send Vince Velasquez to the mound with a record of 2-2. Leading up to the game, Velasquez is hoping to bring down an ERA of 3.97. So far, he is averaging 4.44 innings per outing. Opposing teams have been able to string together hits against Velasquez, with a batting average allowed of 0.247. Not only are opposing teams getting on base through hits at an above average rate, they are also doing damage through home runs. So far, Velasquez is allowing 1.22 homers per 9 innings pitched. For the season, Vince Velasquez has come up with 4.2 K’s per outing. Throughout the season, his strong command has led to an average of just 3.57 walks per contest.

Today’s matchup between the Cleveland Guardians and Chicago White Sox will be their 5 first meeting of the season, with Cleveland leading the season series, 4-1. Through 5 games, the series’ over-under record is 3-2, with the average run total sitting at 8.16 runs per game. In these matchups, the average scoring differential sits at 4.0 runs. Dating back to last season, the Chicago picked up 10 wins compared to 9, taking the season series. In these 19 meetings, the two teams combined for an over-under record of 10-9. Last year, the Guardians and White Sox averaged 8.16 runs per game. On average, the winning team won by a margin of 2.79 runs per contest.

Heading into the game, the White Sox -141 on the moneyline, as Cleveland starter Aaron Civale has been awful to start the year, with an ERA of 9.45. However, his advanced metrics suggest he could be in line for some regression as his expected ERA is just 4.48. In addition, he will be facing off against a White Sox lineup near the bottom of the league in WOBA vs right-handed pitching. I recommend going with Cleveland to pull out the upset in this AL Central battle.

Free MLB Pick: CLE moneyline. Question: Do you like to save money? Of course you do! Imagine the loot you’d have saved over the last year if you were doing your baseball betting at reduced juice! HUGE! Be wise! Take 5 minutes and make the switch today to BetAnySports! You’ll be so glad you did!