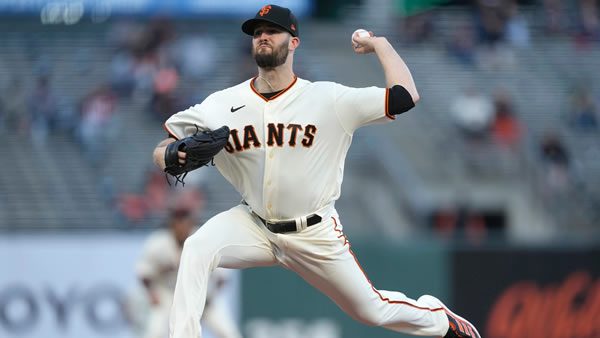 The San Diego Padres host the San Francisco Giants on Monday August 8th at Petco Park. The first pitch in this matchup is scheduled for 09:40 ET. The MLB Odds Board places San Diego as the favorite (-165), with an OU line set at 8.0.

Heading into today’s game, San Francisco will be looking to tack on another win, after taking down the Athletics by the score of 6-4. The Athletics came up with 9 hits leading to 4 runs against San Francisco’s pitchers. The Giants lineup had a good night at the plate, coming up with 9 hits, leading to 6 runs. In the matchup, San Francisco was favored at -200.0 on the moneyline. So far, the team has been the favorite in 80 of their games, winning at a rate of 56%. With the over-under line set at 7.5 runs, the Giants and Athletics combined to go over this total. San Francisco has had more than half of their games go over the over-under line (53-49-6).

The Giants will be hoping to pick up a win in today’s matchup, as they have gone just 2-3 over their last 5 games. This mark has come on an average run margin of just -3. During this stretch, the offense is averaging 4.2 runs per game, similar to their season-long average of 4.57. So far, San Francisco has won over half of their 35 series played, going 16-14-5.

San Diego is coming off a 4 run loss to the Dodgers. Dropping the game 4-0. Despite the losing effort, the team’s pitchers held the Dodgers to 4 runs and 11 hits. At the plate, the Padres only came through for 0 runs on 2 hits. This loss came as no surprise, as San Diego came into the game as the underdog, getting 115.0. In their 32 games as the underdog, their straight-up win percentage sits at 50.0%. Combined, the Padres and Dodgers’ run total fell below the over-under line of 9.0 runs. This result comes as no surprise, as the team’s over-under record is just 51-56-4.

Alex Wood gets the start for the Giants, with an overall record of 7-9. So far, Wood has put together an ERA of 4.42. In his appearances leading up to today, he has lasted an average of 5.05 innings. Opposing teams have hit the ball well against the left-hander, with a batting average of 0.26. This season, Wood has been able to avoid giving up home runs, allowing just 1.02 per 9 innings. On the season, Alex Wood has had no problem racking up strikeouts, posting a strikeout percentage of 24.0%. This includes a per game average of 5.0 K’s per game. Command has been a problem for Wood, as he is giving up 2.21 walks per outing. Blake Snell gets the start for the Padres, with an overall record of 4-5. Snell gets the start with an ERA of 4.16. On average, he has lasted 5.15 innings per appearance. Across his previous outings, opponents are batting 0.222 against Snell. Not only does Snell have a strong batting average allowed, but he has also avoided giving up home runs. In his previous outings, opponents are averaging just 0.81 home runs allowed per 9 innings. Per game, Blake Snell is averaging 6.69, on a strikeout percentage of 30.0%. Snell comes into the game hoping to improve his walk numbers, as he is averaging 4.57 free passes per outing.

For the season, the San Francisco Giants and San Diego Padres will be playing their 11th game of the season. San Diego holds the edge in the series at 6-4. Through 10 games, the series over-under record is 5-5, with the average run total sitting at 8.84 runs per game. The averge scoring margin in these meetings is 4.3 runs. Going back to last year, San Francisco won the season series, 11 games to 8. In these 19 meetings, the two teams combined for an over-under record of 12-7. Last year, the Giants and Padres averaged 8.84 runs per game. The average scoring differential in this series was 3.47 runs per game. More Picks: Get our betting analysis including free pick for their 8/8/22 game >>>

Heading into Monday’s NL West showdown between San Francisco and San Diego, the Padres are the favorite to come away with the win. Look for San Diego’s upgraded lineup to a good game vs Alex Wood. In his last outing, Wood was roughed up by the Dodgers for 6 runs. I like San Diego on the moneyline. Free MLB Pick: Padres Moneyline. Football is coming! Beef up your bankroll with a massive SPECIAL 125% real cash bonus up to $400 in FREE BETS + get a free half point every time you bet your favorite NFL and college football team at GTBets Sportsbook! We’ve advertised them for over 10 years with ZERO complaints! They have a great loyalty program too! You must use bonus code PREDICTEM to take advantage of this offer! Click here to sign up now!