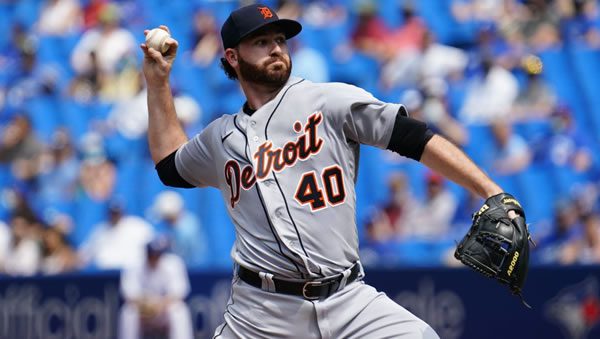 The Detroit Tigers host the San Francisco Giants on Tuesday August 23rd at Comerica Park. The first pitch in this matchup is scheduled for 07:10 ET. The MLB Odds Board places San Francisco as the favorite (-210), with an OU line set at 7.0.

The San Francisco Giants will look to add another win to their resume after pulling out a slim 9-8 win over Colorado. The Rockies came up with 11 hits leading to 8 runs against San Francisco’s pitchers. The Giants lineup had a good night at the plate, coming up with 10 hits, leading to 9 runs. Heading into their last game, San Francisco was the betting favorite at -130.0. Through 90 games as the favorite, the team has found the win column at a rate of 56.9%. With the over-under line set at 11.0 runs, the Giants and Colorado combined to go over this total. San Francisco has had more than half of their games go over the over-under line (58-56-7).

In their last 5 games, the Giants are below .500, at 1-4. In this rough stretch of games, the team’s run differential comes in at -9. A key reason for San Francisco’s recent struggles is an offense averaging just 3.6 runs per game over their last 5 contests, compared to a season average of 4.52. So far, San Francisco has won over half of their 39 series played, going 17-16-6.

In their last game, the Detroit Tigers picked up a 4 run win over the Angels by a score of 4-0. For the game, the pitching staff held the Angels to 0 runs on 7 hits. The Tigers’ offense ended the game with just 4 runs on 7 hits. Despite being the underdogs, getting 160.0 on the moneyline, the Tigers still picked up the win. In their 102 games as the underdog, their straight-up win percentage sits at 36.0%. Combined, the Tigers and Angels’ run total fell below the over-under line of 6.5 runs. Now, Detroit had an over-under record of 43-70-10.

In their last 5 games, the Tigers have put together a record of 3-2. Their recent success is backed by an average scoring margin of +1 (last 5). Detroit is still playing winning baseball, even with their offense averaging just 3.2 runs per game, compared to a season long mark of 3.19. Detroit has a below .500 series record of just 9-23-7.

Carlos Rodón gets the start for the Giants, with an overall record of 11-6. Through 24 appearances, Rodón has an ERA of just 2.89 while averaging 5.84 innings per appearance. Hits have been hard to come by against the left-hander, as his batting average allowed is just 0.206. Home runs have not been an issue for Rodón, as he is giving up just 0.58 HR/9. On the season, Carlos Rodón has had no problem racking up strikeouts, posting a strikeout percentage of 32.0%. This includes a per game average of 7.46 K’s per game. For the season, he has struggled with command averaging 2.63 walks per outing.

Drew Hutchison gets the start for the Tigers, with an overall record of 1-6. Hutchison gets the start with an ERA of 4.23. On average, he has lasted 3.3 innings per appearance. Opposing teams have hit the ball well against the right-hander, with a batting average of 0.267. Throughout the season, Hutchison has done a good job at limiting home runs, allowing 0.68 per 9 innings. Up to this point, Hutchison has a strikeout percentage of just 15.0% and a per game average of 2.1. For the season, he has struggled with command averaging 3.95 walks per outing.

Today’s matchup between the San Francisco Giants and Detroit Tigers will be their 3rd meeting of the season. So far, the teams have each won 1 time. Through 2 games, the series over-under record is 0-1, with the average run total sitting at nan runs per game. In these matchups, the average scoring differential sits at 1.0 runs.

In Tuesday’s interleague matchup between San Francisco and Detroit, the Giants are the strong favorites on the moneyline. Even though San Francisco is in the midst of a rough patch, I expect them to break out vs the Tigers. Not only will they benefit from having Carlos Rodon on the mound, but they should also be able to score early vs Drew Hutchinson.

Free MLB Pick: Giants -1.5 Runline. Bet your MLB picks for FREE this week by scoring a 100% real cash bonus up to $300 when you use bonus code PREDICT100 at MyBookie Sportsbook! They also have some killer NFL handicapping contests you’ll want to check out!