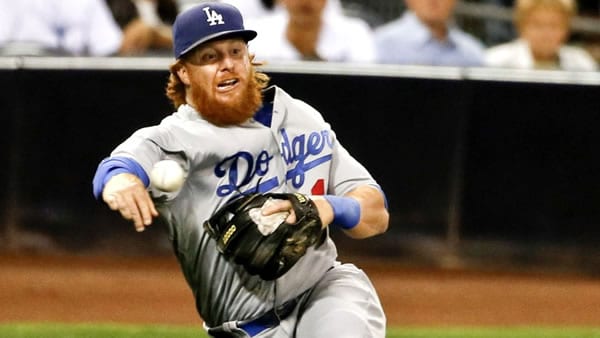 The Los Angeles Dodgers host the Cleveland Guardians on Friday, June 17th at Dodger Stadium. The first pitch in this matchup is scheduled for 10:10 ET. The MLB Odds Board places Los Angeles as the favorite (-245), with an OU line set at 8.0.

In their most recent game, Cleveland picked up a 2-run win over the Rockies (4-2). Overall, the team’s pitching staff limited the Rockies to 2 runs on 11 hits. The Guardians benefited from an offense that generated 4 runs on 8 hits. In the matchup, Cleveland was favored at -130.0 on the moneyline. So far, the team has been the favorite in 30 of their games, winning at a rate of 70.0%. Together, the Guardians and Rockies stayed below the over-under line set at 11.5 runs. Cleveland games have still surpassed the over-under line more than half of the time, at 29-27-3.

The Guardians come into this game with a 4-1 record in their last 5 contests. During this time, they have an average scoring differential of +3. Offensively, the team has put up 26 runs in their last 5 games. Cleveland’s season average comes in at 4.66 (10th. So far, Cleveland has won over half of their 20 series played, going 9-7-4.

In their last game, Los Angeles took down the Angels by a score of 4-1. In the winning effort, the team’s pitchers held the Angels to 1 run and 2 hits. At the plate, the Dodgers only came through for 4 runs on 6 hits. In the game, Los Angeles was able to take care of business as they were the favorite at -200.0. So far, the team has won 62.0% of the games in which they were favored. With this result, the Dodgers and Angels combined to fall below the over-under line of 8.5 runs. This result comes as no surprise, as the team’s over-under record is just 25-33-4.

In their last 5 contests, the Dodgers have just 2 wins, going 2-3. During this time, the team has a run differential of -3. The team’s offense is partly to blame for their recent slump, as they have averaged just 2.0 runs over their last 5 game. On the season, Los Angeles has won more than half of their series, going 13-6-1.

Cleveland will roll with Zach Plesac (2-4) as their starter. So far, Plesac has put together an ERA of 4.7. In his appearances leading up to today, he has lasted an average of 5.55 innings. Teams have been able to rack up runs against him, as he has a batting average allowed of 0.269. Opponents are hitting for power against Plesac, as his HR/9 figure sits at 1.33. Plesac is in the bottom half of the league in strikeouts, averaging just 3.91 K’s per game. This includes a strikeout percentage of 16.0%. Throughout the season, Plesac has avoided walking batters, allowing just 1.91 per contest.

The Los Angeles Dodgers will send Clayton Kershaw to the mound with an overall record of 4-1. Heading into the game, Kershaw has appeared in 6 contests, posting an ERA of just 2.12. On average, he pitches 5.67 innings per appearance. Hits have been hard to come by against the left-hander, as his batting average allowed is just 0.182. In addition, to his strong BA allowed, he has been able to limit power, allowing just 0.79 home runs allowed per 9 innings. Up to this point, Kershaw has a strikeout percentage of just 28.0% and a per game average of 6.0. Throughout the season, Kershaw has avoided walking batters, allowing just 1.32 per contest.

Today’s matchup between the Cleveland Guardians and Los Angeles Dodgers will be their first meeting of the season.

Heading into Friday’s interleague matchup between Cleveland and Los Angeles, the Dodgers are the heavy favorite on the moneyline. Dodgers starter Clayton Kershaw is putting together another excellent season, with a WHIP of just .79. Look for Los Angeles to bat around on Guardians starter Zach Plesac. I like the Dodgers to cover the runline.