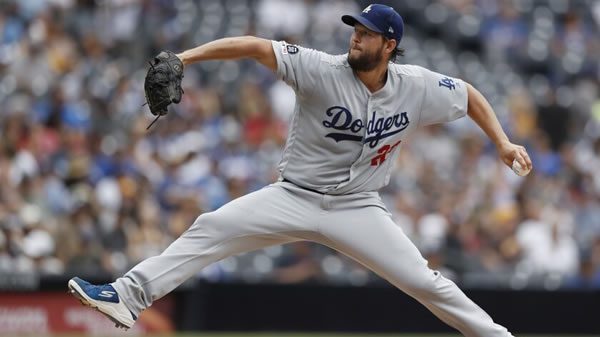 The San Francisco Giants host the Los Angeles Dodgers on Thursday August 4th at Oracle Park. The first pitch in this matchup is scheduled for 03:45 ET. The MLB Odds Board places Los Angeles as the favorite (-200), with an OU line set at 8.0.

In their most recent game, Los Angeles picked up a 3 run win over the Giants (3-0). On their way to the victory, the pitching staff gave up 0 runs on 8 hits. The team was able to pick up the win despite scoring just 3 runs on their 6 hits. In the matchup, Los Angeles was favored at -165.0 on the moneyline. Through 102 games as the favorite, the team has found the win column at a rate of 69.0%. Combined, the Dodgers and Giants fell short of the over-under betting line of 7.5 runs. So far, Los Angeles has been a good candidate to fall below the betting line, as their over-under record sits at just 41-55-8.

In the Dodgers’ last 5 games, they are above .500, going 4-1. During this time, they have an average scoring differential of +15. Their hot play has been driven by an offense that typically averages 5.25 runs per game. But, over this stretch, this figure has bumped up to 6.0 So far, Los Angeles has won over half of their 33 series played, going 23-9-1.

San Francisco will be looking to move on from a tough loss to the Dodgers by the score of 3-0. Even in the loss, the pitching staff allowed just 3 runs on 6 hits. The Giants offense ended the game with just 0 runs on 8 hits. This loss came as no surprise, as San Francisco came into the game as the underdog, getting 140.0. In their 26 games as the underdog, their straight-up win percentage sits at 31.0%. With this result, the Giants and Dodgers combined to fall below the over-under line of 7.5 runs. Even still, San Francisco games have still gone over the betting total over half of the time, at 51-49-5.

In their last 5 contests, the Giants have just 2 wins, going 2-3. During this time, the team has a run differential of -8. If San Francisco is going to pick up their play, they need to improve their offensive performance. Over their last 5 contests, they are averaging just 3.2 runs per game, compared to a season average of 4.55. On the season, San Francisco has won more than half of their series, going 15-14-5.

Los Angeles will roll with Clayton Kershaw (7-3) as their starter. In his previous outings, Kershaw has lasted an average of 5.79 innings, putting together an ERA of just 2.66. So far, batters are hitting just 0.218 against him. Not only does Kershaw have a strong batting average allowed, but he has also avoided giving up home runs. In his previous outings, opponents are averaging just 0.67 HR/9. On the season, Clayton Kershaw has had no problem racking up strikeouts, posting a strikeout percentage of 26.0%. This includes a per game average of 6.0 K’s per game. Throughout the season, Kershaw has avoided walking batters, allowing just 1.55 per contest.

The San Francisco Giants will send Jakob Junis to the mound with an overall record of 4-2. In his previous outings, Junis has lasted an average of 4.84 innings, putting together an ERA of just 2.78. Overall, opponents have a batting average of just 0.224 against the right-hander. Junis, is allowing home runs at a rate of 1.08 per 9 innings. Junis’s current strikeout average is 4.0 per game. This includes a K rate of 21.0%. Throughout the season, Junis has avoided walking batters, allowing just 1.85 per contest.

For the season, the Los Angeles Dodgers and San Francisco Giants will be playing their 13th game of the season. Los Angeles has the lead in the series at 9-3. The over-under record in this series sits at 5-6. The average run total in these games is 7.75 runs per game. The averge scoring margin in these meetings is 3.58 runs. Last year, the team’s split the season series at 12-12. The over-under record in last year’s matchups was 11-12, with the average run total being 7.75 runs per game. On average, the winning team won by a margin of 3.08 runs per contest.

Leading into Thursday’s NL West matchup between Los Angeles and San Francisco, the Dodgers have a large edge on the moneyline. However, even though Klayton Kershaw’s overall numbers are good, he has struggled of late, being limited to shorter outings. On the other side, Jakob Unis also rarely works past the 4th inning. I recommend taking the Dodgers to pick up the win, as Kershaw could be in line for a strong outing vs an up and down Giants lineup.