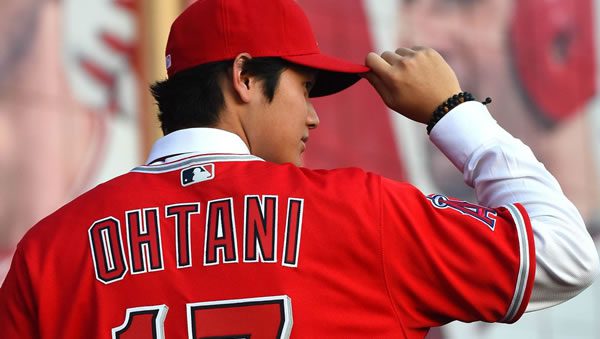 The Los Angeles Angels host the Seattle Mariners on Monday, August 15th, at Angel Stadium of Anaheim. The first pitch in this matchup is scheduled for 09:38 ET. The MLB Odds Board places Los Angeles as the favorite (-143), with an OU line set at 7.0.

Seattle heads into today’s action, looking to rebound from a 5-3 loss to the Rangers. On their way to giving up 5 runs, the Mariners staff allowed 8 hits. The Mariners ended the game with just 3 runs on 4 hits. This defeat came despite being favored at -125.0. Through 55 games as the favorite, the team has found the win column at a rate of 64.0%. Together, the Mariners and Rangers combined to surpass the over-under betting line set at 7.5 runs. After the game, Seattle’s over-under record moved back to .500 at 55-55-6.

In the Mariners’ last 5 games, they are above .500, going 3-2. During this time, they have an average scoring differential of +1. In their last 5 contests, Seattle is averaging 3.6 runs per game, right in line with their season average of 4.03. So far, Seattle has won over half of their 36 series played, going 19-15-2.

Los Angeles will look to keep things rolling in today’s game, as they most recently took down the Twins by 2 runs 4-2. For the game, the pitching staff held the Twins to 2 runs on 5 hits. With their 8 hits, the Angels could only muster 4 runs. This was a good win for the Angels, as they were underdogs at 124.0 on the moneyline. In their 44 games as the underdog, their straight-up win percentage sits at 32.0%. With this result, the Angels and Twins combined to fall below the over-under line of 9.0 runs. This result comes as no surprise, as the team’s over-under record is just 48-58-9.

In their last 5 games, the Angels have put together a record of 4-1. During this time, the team’s run differential sits at +5. Los Angeles has benefited from strong pitching, as their offense has slipped in their last 5 games, averaging just 3.8 runs per game. Their overall average sits at 3.86. Los Angeles has a below .500 series record of just 14-18-4.

The Seattle Mariners will send Luis Castillo to the mound with an overall record of 4-4. Through 14 appearances, Castillo has an ERA of just 2.86 while averaging 6.07 innings per appearance. So far, batters are hitting just 0.201 against him. In addition, to his strong BA allowed, he has been able to limit power, allowing just 0.74 home runs allowed per 9 innings. In terms of strikeouts, Luis Castillo has a strong strikeout percentage of 26.0%, including a per-game average of 6.43. Command has been a problem for Castillo, as he is giving up 2.96 walks per outing.

The Los Angeles Angels will send Shohei Ohtani to the mound with an overall record of 10-7. Ohtani gets the start with an ERA of 3.68. On average, he has lasted 0.72 innings per appearance. Through 111 outings, opposing teams have combined for a batting average of 0.214. Home runs have been a concern for Ohtani as he is allowing 1.35 per 9 innings. In terms of strikeouts, Shohei Ohtani has a strong K% of 35.0%, including a per game average of 1.41. For the season, he has struggled with command averaging 3.01 walks per outing.

For the season, the Seattle Mariners and Los Angeles Angels will be playing their 13th game of the season. Currently, Los Angeles is winning the season series 7-5. The over-under record in this series sits at 3-7. The average run total in these games is 9.58 runs per game. In these matchups, the average scoring differential sits at 2.83 runs. Last season, Seattle picked up the series win, 11 games to 8. In these 19 meetings, the two teams combined for an over-under record of 12-7. Last year, the Mariners and Angels averaged 9.58 runs per game. On average, the winning team won by a margin of 3.79 runs per contest.

Leading into Monday’s AL West matchup between Seatle and Los Angeles, the Angels are the favorite on the moneyline. Even though LA has Shohei Ohtani on the mound, I don’t expect the Angels to provide enough run support vs Luis Castillo. Look for the Mariners to come away with the win.

Free MLB Pick: Mariners Moneyline. Football is coming! Bookies are frothing at the mouth to get you in the door and hammer you with -110 odds, which forces you to hit 52.38% to break even! Don’t take that garbage! Start laying only -105 TODAY by making the switch to reduced juice sports betting where you only have to lay the -105 at BetanySports! We’ve advertised them for over 10 years with ZERO compnlaints! Click here to start saving money today!