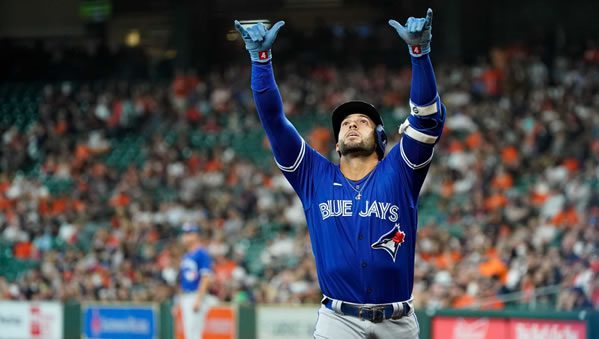 The Toronto Blue Jays host the Seattle Mariners on Friday October 7th at Rogers Centre. The first pitch in this matchup is scheduled for 04:07 ET. The MLB Odds Board places Toronto as the favorite (-150), with an OU line set at 7.0.

The Seattle Mariners head into today’s matchup after wrapping up the regular season with a close win over Detroit by the score of 5-4. For the game, Seattle’s pitching staff allowed 4 runs on 8 hits. The Mariners benefited from an offense that generated 5 runs on 9 hits. In the matchup, Seattle was favored at -145.0 on the moneyline. So far, the team has been the favorite in 93 of their games, winning at a rate of 65.0%. This game went over the posted over-under line of 7.5 runs. Games involving the Mariners have stayed below the over-under line more than half of the time, at 75-79-8.

The Mariners are looking to continue adding wins, as they are 3-2 over their last 5 games. However, even with an above .500 record (last 5), their run differential sits at just -3 (last 5). A key to their recent success has been an offense averaging 5.4 runs per game, compared to their season average of 4.26. So far, Seattle has won over half of their 51 series played, going 27-20-4.

In their last game, the Toronto Blue Jays picked up a 4 run win over the Orioles by a score of 5-1. For the game, the pitching staff held the Orioles to 1 run on 10 hits. Offensively, they finished with 5 runs on 13 hits. Despite being the underdogs, getting 128.0 on the moneyline, the Blue Jays still picked up the win. In their 27 games as the underdog, their straight-up win percentage sits at 44.0%. Combined, the Blue Jays and Orioles’ run total fell below the over-under line of 7.0 runs. Toronto still has an above .500 over-under record at (83-75-4).

In their last 5 games, the Blue Jays have put together a record of 4-1. During this time, the team’s run differential sits at +20. Compared to their season average, the Blue Jays come into this game swinging the bats well, averaging 6.0 runs per game. On the season, Toronto has won more than half of their series, going 27-16-8.

Seattle will roll with Luis Castillo (4-4) as their starter. In his previous outings, Castillo has lasted an average of 6.07 innings, putting together an ERA of just 2.86. Hits have been hard to come by against the right-hander, as his batting average allowed is just .201. Not only does Castillo have a strong batting average allowed, but he has also avoided giving up home runs. In his previous outings, opponents are averaging just 0.74 HR/9. On the season, Luis Castillo has had no problem racking up strikeouts, posting a strikeout percentage of 26.0%. This includes a per game average of 6.43 K’s per game. Command has been a problem for Castillo, as he is giving up 2.96 walks per outing.

Toronto will roll with Alek Manoah (16-7) as their starter. Heading into the game, Manoah has appeared in 31 contests, posting an ERA of just 2.24. On average, he pitches 6.33 innings per appearance. Hits have been hard to come by against the right-hander, as his batting average allowed is just .202. Home runs have not been an issue for Manoah, as he is giving up just 0.73 per 9. On the season, Alek Manoah has had no problem racking up strikeouts, posting a strikeout percentage of 23.0%. This has led to an average of 5.81 K’s per game. For the season, he has struggled with command averaging 2.33 walks per outing.

Today’s matchup between the Seattle Mariners and Toronto Blue Jays will be their 8th meeting of the season. So far, Seattle is leading the season series, 5-2. The over-under record in this series sits at 2-5. The average run total in these games is 10.83 runs per game. In these matchups, the average scoring differential sits at 3 runs.

More Picks: Get our Game 1 Padres at Mets betting predictions

To kick things off in this AL Wild Card matchup, the Blue Jays are the favorite to come away with the win. This season there isn’t a lot of history between the teams and each starting pitcher, as both Alek Manoah and Luis Castillo have made one start against their opponent. Although Castillo ended his regular season with a solid outing, during the month of September he had his worst statistical month of the season. On the other side, Alek Manoah has been dominant at home this year. I like Toronto on the money line.