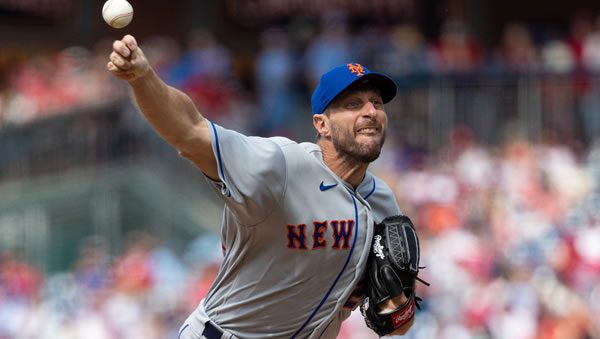 The New York Mets host the San Diego Padres on Friday October 7th at Citi Field. The first pitch in this matchup is scheduled for 08:07 ET. The MLB Odds Board places New York as the favorite (-145), with an OU line set at 6.0.

The Padres are hoping to get back on track, after finishing their season with a loss to the Giants, by a score of 8-1. On their way to giving up 8 runs, the Padres staff allowed 12 hits. With their 4 hits, the Padres could only muster 1 run. The padres suffered the loss, despite being favored at -135.0. So far, the team has been the favorite in 120 of their games, winning at a rate of 57.9%. With the over-under line set at 8.0 runs, the Padres and Giants combined to go over this total. On the season, San Diego’s over-under record is 74-82-6.

The New York Mets wrapped up the regular season with a win over the Nationals by a score of 9-2. In the winning effort, the team’s pitchers held the Nationals to 2 runs and 8 hits. At the plate, the Mets scored 9 times on 11 hits. In the game, New York was able to take care of business as they were the favorite at -150.0. For the season, the team has been favored in 128 games, winning at a rate of 66.0%. In terms of the over-under, the Mets and Nationals combined to surpass the line of 7.5 runs. For the season, the team’s over-under record is 85-68-9.

In their last 5 games, the Mets have put together a record of 3-2. Their recent success is backed by an average scoring margin of +13 (last 5). New York is still playing winning baseball, even with their offense averaging just 5.2 runs per game, compared to a season-long mark of 4.77. On the season, New York has won more than half of their series, going 36-11-4.

San Diego will roll with Yu Darvish (16-8) as their starter. Through 30 appearances, Darvish has an ERA of just 3.1 while averaging 6.47 innings per appearance. Hits have been hard to come by against the right-hander, as his batting average allowed is just .207. Darvish is giving up home runs a rate similar to the league average, allowing 1.02 per 9 innings. On the season, Yu Darvish has had no problem racking up strikeouts, posting a strikeout percentage of 26.0%. This includes a per game average of 6.57 K’s per game. For the season, he has struggled with command averaging 1.71 walks per outing.

In today’s game, New York turns to starter Max Scherzer. For the year, he has a record of 11-5. Currently, Scherzer has a strong ERA of just 2.29 while pitching an average of 6.31 innings per outing. So far, batters are hitting just .207 against him. Not only does Scherzer have a strong batting average allowed, but he has also avoided giving up home runs. In his previous outings, opponents are averaging just 0.81 home runs allowed per 9 innings. Per game, Max Scherzer is averaging 7.52, on a strikeout percentage of 31.0%. For the season, he has struggled with command averaging 1.49 walks per outing.

For the season, the San Diego Padres and New York Mets will be playing their 7th game of the season. San Diego has the lead in the series at 4-2. The over-under record in this series sits at 3-3. The average run total in these games is 5.86 runs per game. The averge scoring margin in these meetings is 5.17 runs.

As the San Diego Padres and New York Mets square off for their first matchup of this Wild Card series, I expect the Mets to pick up the first game. All season long, the Padres bats have been inconsistent, and having to face Max Scherzer to kick off the playoffs doesn’t make things any easier. I recommend taking the Mets on the moneyline to start the series.