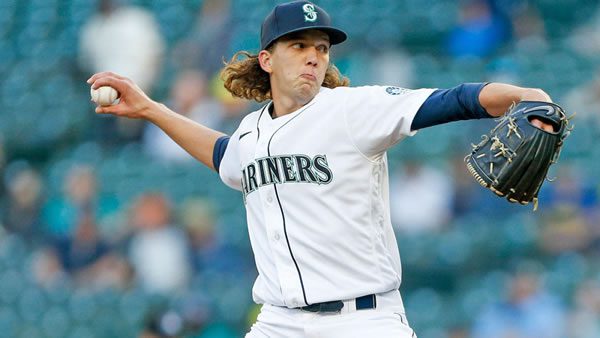 The Detroit Tigers host the Seattle Mariners on Thursday September 1st at Comerica Park. The first pitch in this matchup is scheduled for 01:10 ET. The MLB Odds Board places Seattle as the favorite (-155), with an OU line set at 7.5.

In their most recent game, Seattle picked up a 2-run win over Detroit (5-3). On their way to the victory, the pitching staff gave up 3 runs on 8 hits. The Mariners benefited from an offense that generated 5 runs on 8 hits. In the matchup, Seattle was favored at -165.0 on the moneyline. So far, the team has been the favorite in 68 of their games, winning at a rate of 65.0%. Combined, the Mariners and Detroit fell short of the over-under betting line of 8.5 runs. With this result, Seattle’s over-under record dropped even further, moving to just 61-62-7.

The Mariners are looking to continue adding wins, as they are 4-1 over their last 5 games. Over this stretch, the team has a positive run differential at +12. A key to their recent success has been an offense averaging 4.8 runs per game, compared to their season average of 4.15. So far, Seattle has won over half of their 41 series played, going 22-16-3.

The Tigers will look to get back on track after dropping their last game by a score of 5-3 to the Mariners. On their way to giving up 5 runs, the Tigers staff allowed 8 hits. The Tigers’ offense ended the game with just 3 runs on 8 hits. Leading into Detroit’s loss, they were the underdogs, getting 140.0 on the moneyline. So far, the team has gone into 109 games as the underdog, still finding the win column at a rate of 37.0%. With this result, the Tigers and Mariners combined to fall below the over-under line of 8.5 runs. Now, Detroit had an over-under record of 47-73-10.

Seattle will roll with Logan Gilbert (10-5) as their starter. So far, Gilbert has put together an ERA of 3.55. In his appearances leading up to today, he has lasted an average of 5.74 innings. Opposing teams have hit the ball well against the right-hander, with a batting average of 0.253. This season, Gilbert has been able to avoid giving up home runs, allowing just 1.03 per 9 innings. Per game, Logan Gilbert is averaging 5.12, on a strikeout percentage of 21.0%. In his previous outings, walks have been an issue, as Gilbert is averaging 2.47 free passes per outing.

Detroit will roll with Eduardo Rodriguez (3-3) as their starter. Rodriguez gets the start with an ERA of 3.6. On average, he has lasted 5.0 innings per appearance. Rodriguez comes into the game with a batting average allowed of 0.237. Throughout the season, Rodriguez has done a good job at limiting home runs, allowing 0.72 per 9 innings. Up to this point, Rodriguez has a strikeout percentage of just 19.0% and a per-game average of 4.1. For the season, he has struggled with command averaging 4.14 walks per outing.

For the season, the Seattle Mariners and Detroit Tigers will be playing their 3rd game of the season. Seattle has the lead in the series at 2-0. The over-under record in this series sits at 1-1. The average run total in these games is 8.67 runs per game. The averge scoring margin in these meetings is 4.0 runs. Dating back to last season, Detroit picked up 5 wins compared to 1, taking the season series. In these 6 meetings, the two teams combined for an over-under record of 2-3. Last year, the Mariners and Tigers averaged 8.67 runs per game. On average, the winning team won by a margin of 3.67 runs per contest.

More Picks: Get our KC/CWS bewtting analysis and free pick for their 9/1/22 game >>>

Heading into Thursday’s American League matchup between Seattle and Detroit, the over-under line is at 7.5 runs. Look for this to be a low-scoring game, as the Tigers figure to struggle against Logan Gilbert, who has given up just 2 runs apiece in his last 2 outings. In addition, Eduardo Rodriguez has come back from his injury on fire. I recommend taking the under.