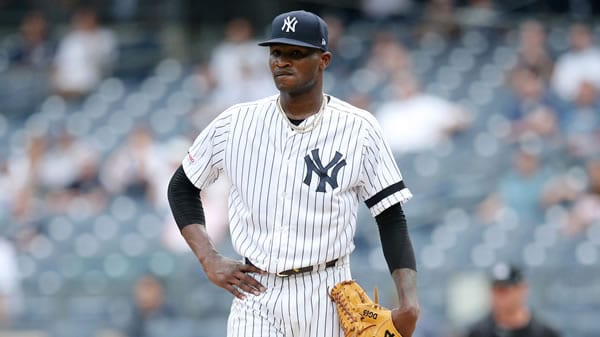 The New York Yankees host the Seattle Mariners on Monday, August 1st at Yankee Stadium. The first pitch in this matchup is scheduled for 07:05 ET. The MLB Odds Board places New York as the favorite (-168), with an OU line set at 9.0.

After suffering a 1-run loss to the Astros (3-2), the Mariners will look to get back in the win column. Even in the loss, the pitching staff gave up just 3 runs while allowing 6 hits. The Mariners ended the game with just 2 runs on 4 hits. The loss came as Seattle was the betting underdog, getting 125.0 on the moneyline. Combined, the Mariners and Astros fell short of the over-under betting line of 8.0 runs. With this result, Seattle’s over-under record dropped even further, moving to just 48-53-2.

After their 5 most recent games, the Mariners have gone just 2-3. In this rough stretch of games, the team’s run differential comes in at -10. Seattle’s offense is in the middle of a cold streak, as their offensive production has dipped to just 2.8 runs per game over their last 5 contests. So far, Seattle has won over half of their 32 series played, going 17-14-1.

In New York’s last outing, they fell by a score of 8-6 to the Royals. In the game, the team’s pitching staff allowed a total of 9 hits, leading to 8 runs. At the plate, the Yankees scored 6 times on 7 hits. New York came away with a loss, despite being favored on the moneyline (-275.0). For the season, the team has been favored in 95 games, winning at a rate of 68.0%. The Yankees and Royals went over the run total line set at 8.5 runs. For the season, the team’s over-under record is 52-49-2.

In their last 5 games, the Yankees have put together a record of 3-2. During this time, the team’s run differential sits at +10. New York is still playing winning baseball, even with their offense averaging just 5.6 runs per game, compared to a season-long mark of 5.35. On the season, New York has won more than half of their series, going 23-6-5.

Seattle will roll with Marco Gonzales (6-10) as their starter. So far, Gonzales has put together an ERA of 3.66. In his appearances leading up to today, he has lasted an average of 5.65 innings. Compared to other starters, the left-hander has a high BA allowed, currently sitting at 0.265. Opposing batters have been able to drive the ball with power against Gonzales, averaging 1.35 homers per 9 innings pitched. Per game, Marco Gonzales is averaging 3.0, on a strikeout percentage of 12.0%. In his previous outings, walks have been an issue, as Gonzales is averaging 2.87 free passes per outing.

Domingo German gets the start for the Yankees, with an overall record of 0-1. German gets the start with an ERA of 8.22. On average, he has lasted 3.6 innings per appearance. Teams have been able to rack up runs against him, as he has a batting average allowed of 0.314. Opposing hitters are hitting home runs at an above-average rate against German. This year, he is allowing 3.75 HRs per 9 innings pitched. German is in the bottom half of the league in strikeouts, averaging just 4.5 K’s per game. This includes a strikeout percentage of 23.0%. Leading into the game, he has shown a strong command of his pitches, averaging just 3.52 walks per contest.

Today’s game between the Seattle Mariners and New York Yankees is their first matchup of the year. Dating back to last season, the New York picked up 5 wins compared to 2, taking the season series. The average scoring margin in these games was 3.14 with an over-under record of 2-5. Last year, the two teams combined to average 7.14 runs per game.

Heading into Monday’s American League matchup between Seattle and New York, the Yankees are the favorite on the moneyline. New York starter Domingo German is off to a rough start in his first 2 outings of the season, resulting in the team losing both games. However, as opposed to betting against the Yankees at home, I recommend taking the over at 9 runs. Look for both teams to swing the bats well in a high-scoring game.