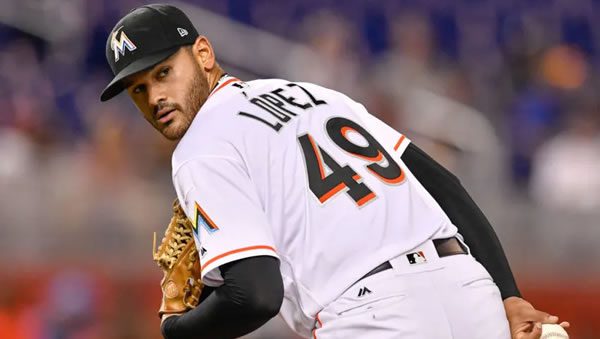 The Oakland Athletics host the Miami Marlins on Tuesday August 23rd at T-Mobile Park. The first pitch in this matchup is scheduled for 09:40 ET. The MLB Odds Board places Miami as the favorite (-140), with an OU line set at 7.0.

Miami looks to keep things rolling after taking down Oakland by the score of 3-0. Overall, the team’s pitching staff limited Oakland to 0 runs on 3 hits. On offense, Miami’s lineup put together a total of 7 hits, leading to 3 runs. Heading into their last game, Miami was the betting favorite at -150.0. Through 58 games as the favorite, the team has found the win column at a rate of 59.0%. Combined, the Marlins and Oakland fell short of the over-under betting line of 7.5 runs. So far, Miami has been a good candidate to fall below the betting line, as their over-under record sits at just 51-64-7.

The Marlins will be hoping to pick up a win in today’s matchup, as they have gone just 1-4 over their last 5 games. In this rough stretch of games, the team’s run differential comes in at -19. On offense, Miami’s offense has experienced a dip in production, averaging 2.0 runs per game over their last 5 contests. Miami’s overall series record is just 12-23-5.

Oakland will look to move on from a 3 run loss to the Marlins, falling by the score of 3-0. Despite the losing effort, the team’s pitchers held the Marlins to 3 runs and 7 hits. With their 3 hits, the Athletics could only plate 0 runners. Leading into Oakland’s loss, they were the underdogs, getting 126.0 on the moneyline. So far, the team has gone into 103 games as the underdog, still finding the win column at a rate of 37.0%. Combined, the Athletics and Marlins’ run total fell below the over-under line of 7.5 runs. Now, Oakland had an over-under record of 51-64-8.

The Miami Marlins will send Pablo López to the mound with an overall record of 7-8. So far, López has put together an ERA of 3.9. In his appearances leading up to today, he has lasted an average of 5.58 innings. López comes into the game with a batting average allowed of 0.233. So far, López has managed to keep the ball in the ballpark, allowing just 1.07 home runs per 9 innings. Per game, Pablo López is averaging 5.46, on a strikeout percentage of 24.0%. For the season, he has struggled with command averaging 2.69 walks per outing.

The Oakland Athletics will send Zach Logue to the mound with an overall record of 3-7. To date, Logue has an ERA of 6.35 while lasting an average of 4.51 innings per appearance. Opposing teams have hit the ball well against the right-hander, with a batting average of 0.283. Home runs have been an issue for Logue, as he is allowing an average of 2.0 per 9 innings pitched. Up to this point, Logue has a strikeout percentage of just 15.0% and a per game average of 3.1. Throughout the season, Logue has avoided walking batters, allowing just 3.38 per contest.

Today’s matchup between the Miami Marlins and Oakland Athletics will be their 2nd meeting of the season. Miami has the lead in the series at 1-0. The over-under record in this series sits at 0-1. The average run total in these games is nan runs per game. The averge scoring margin in these meetings is 3.0 runs. When looking back to last season, Miami and Oakland split the season series, with each team picking up 0. The over-under record in last year’s matchups was 0-0, with the average run total being nan runs per game. On average, the winning team won by a margin of nan runs per contest.

More Picks: Get our Nationals vs. Mariners Recommended Bet 8/23/22

Heading into Tuesday’s interleague matchup between Miami and Oakland, the Marlins have the slight edge on the moneyline. However, the best bet for the game comes on the run-total, as I expect the two teams to surpass 7 runs. Even though Miami doesn’t have a powerful offense, everyone has been hitting well of Zach Logue. In addition, Pablo Lopez seems to be slowing down to finish the year.