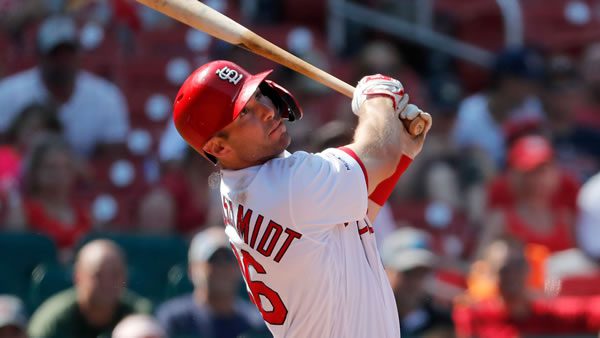 At the start of the season, putting Pablo Lopez on the mound meant one thing: automatically bet the other team’s first five-inning team total to go Under. That might still be the case, given what Lopez did to the Cardinals when the teams met in Miami in April, but it’s no longer a sure thing to happen. Lopez isn’t pitching poorly by any stretch of the imagination, but he’s a far cry from giving up just one run in 23 innings like he did to open the season.
Instead, he’s been a bit inconsistent in June, looking dominant in shutting out Colorado but giving up six runs in five innings in a loss to the Mets. He’s already given up more runs in June than he has in either of the two previous months at 12 earned runs, but he has also shown that he knows how to handle the St. Louis lineup, so this might be a situation where he builds off what he did against Colorado. He’s no longer an automatic ride, but in this matchup, there’s value there.

Running Out of Bullets

At this stage of his career, Adam Wainwright can’t have much left in the tank. He’s 40 years old and will turn 41 in two months’ time, and while Father Time is not undefeated, he’s got a winning percentage of about .999, and this month has certainly caused reasonable questions as to how much Wainwright has left.
After giving up 18 runs in his first two months of the season combined, Wainwright has had problems in June. He’s given up four runs in back-to-back games, surviving one only because the offense did its part and rescued him. Wainwright has pitched fine so far this year as a whole, but pitching in so many close contests this year might have him running on fumes when the Cardinals start to play more important games. This one doesn’t fall into that category, but there’s enough of a struggle to wonder how close Wainwright is to having to hang things up because of age. So far, it’s only resulted in one loss for the Redbirds in their past five games, so h

For whatever reason, the Marlins really don’t seem to get started until a day has gone past, as they’re neither effective on Mondays nor when starting up a new series. Miami has a winning percentage of just .288 in series openers over the past year-plus, suggesting that it takes the Marlins a full game in order to adjust to their competition. That could explain why the week gets off to a slow start for this team, although it could also be nothing more than a coincidence.
On the other side of the coin, the Cardinals might be the only ones in the world who actually live for Mondays. While the Marlins have struggled to start the week off with any kind of success, the Cardinals have won just under 70 percent of their games on the first weekday, taking full advantage of the extra rest that comes with playing early on Sunday. For whatever reason, St. Louis seems at its best going from Sunday afternoon to Monday evening.

There will be cloud cover in St. Louis, with the wind blowing to the first-base dugout at eight miles per hour. Temperatures will be warm but not awful, sitting at78 degrees at the first pitch.

I want to believe in Lopez, and I don’t trust Wainwright, but the Marlins’ showings as a whole suggest that they aren’t a great option here, even at plus money. Miami keeps finding new ways to lose series openers before making adjustments and fixing the damage in games 2 and 3.
I’m not interested in those games right now. What I care about is that Wainwright and Lopez should produce a very strong defensive battle. I expect the under will cash with St. Louis emerging with a win.