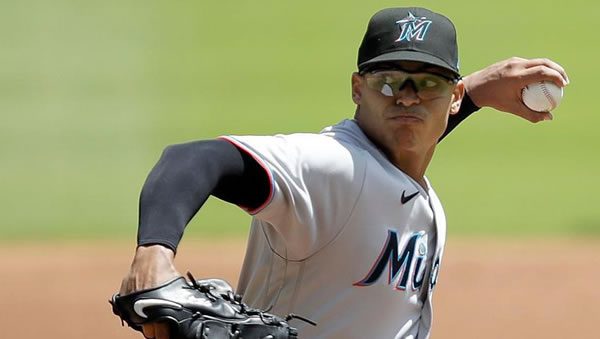 The Los Angeles Dodgers host the Miami Marlins on Friday August 19th at Dodger Stadium. The first pitch in this matchup is scheduled for 10:10 ET. The MLB Odds Board places Los Angeles as the favorite (-255), with an OU line set at 8 runs.

The Marlins will look to bounce back from a tough loss to the Padres by the score of 10-3. Miami’s pitching staff finished the game by allowing 11 hits, leading to 10 runs. Offensively, they finished with just 3 runs on 7 hits. Miami’s loss came as the underdog, getting 140.0 on the moneyline. With the over-under line set at 7.0 runs, the Marlins and Padres combined to go over this total. Games involving the Marlins have stayed below the over-under line more than half of the time, at 50-61-7.

The Marlins will be hoping to pick up a win in today’s matchup, as they have gone just 2-3 over their last 5 games. In this rough stretch of games, the team’s run differential comes in at -9. On offense, Miami’s offense has experienced a dip in production, averaging 2.6 runs per game over their last 5 contests. Miami’s overall series record is just 11-22-5.

In Los Angeles’s last outing, they fell by a score of 5-3 to the Brewers. In the game, the team’s pitching staff allowed a total of 6 hits, leading to 5 runs. The Dodgers offense ended the game with just 3 runs on 6 hits. This loss came as no surprise, as Los Angeles came into the game as the underdog, getting 105.0. In their 3 games as the underdog, their straight-up win percentage sits at 33.0%. The Dodgers and Brewers went over the run total line set at 7.0 runs. So far, Los Angeles has an over-under record of just 48-59-10.

The Miami Marlins will send Jesús Luzardo to the mound with an overall record of 3-5. To date, Luzardo has an ERA of 3.72 while lasting an average of 5.11 innings per appearance. Through 9 outings, opposing teams have combined for a batting average of 0.175. Per 9 innings pitched, Luzardo is averaging 0.98 home runs allowed. In terms of strikeouts, Jesús Luzardo has a strong strikeout percentage of 31.0%, including a per game average of 6.44. For the season, he has struggled with command averaging 3.72 walks per outing.

Tyler Anderson gets the start for the Dodgers, with an overall record of 13-2. Currently, Anderson has a strong ERA of just 2.81 while pitching an average of 5.57 innings per outing. Overall, opponents have a batting average of just 0.222 against the right-hander. This year Anderson is allowing just 0.7 home runs per 9 innings pitched. In terms of strikeouts, Tyler Anderson has a strong K% of 20.0%, including a per game average of 4.39. Anderson comes into the game hoping to improve his walk numbers, as he is averaging 1.75 free passes per outing.

Today’s matchup between the Miami Marlins and Los Angeles Dodgers will be their first meeting of the season. Going back to last year, Miami won the season series, 4 games to 3. The average scoring margin in these games was 3.0, with an over under record of 3-3. Last year, the two teams combined to average 8.71 runs per game.

Heading into Friday’s National League matchup between Miami and Los Angeles, the Dodgers are the heavy favorite on the moneyline. Even though Tyler Anderson is coming off a rough outing vs Kansas City, I expect him to get back on track vs Miami. Look for the Dodgers offense to get to Jesus Luzardo, who is coming off a tough outing against Atlanta. I like the Dodgers to cover the runline.