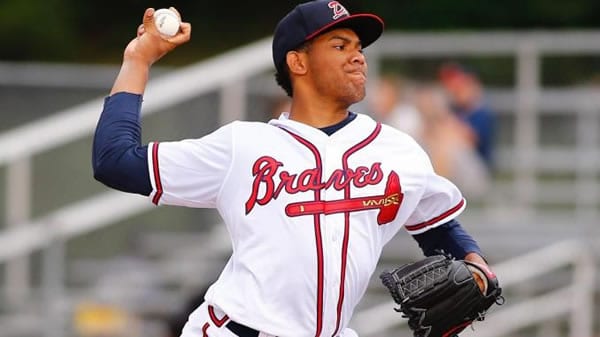 Moneyline: Marlins +165/Braves -180 (BetAnySports - If you got shutout of 5Dimes this is the replacement. They offer -105 odds on all sides and totals)

The Marlins rank among the most pleasant surprises in Baseball this season, and they’ll continue their pursuit of a playoff spot when they begin a big four-game NL East series with the Braves in suburban Atlanta Monday night. Miami went off this season playing against an over/under wins total line of 24.5, and they’re already over that. Can they close ground on the first-place Braves in the divisional race? And how are we playing this game with our today’s free baseball pick?

Monday’s MLB betting odds opened Atlanta and Ynoa at around -175 over Miami and Rogers, with an over/under of 9.5 runs. Early betting action then bumped the Braves to -180.

Atlanta could also be found getting around +115, giving the run and a half on the MLB betting run line.

Miami just took three of five games from Washington over the weekend, splitting a doubleheader Sunday, winning 2-1, then losing 15-0. Before that, the Marlins lost two of three games to Boston, but just before that, they took the last three games of a series against Philadelphia. So Miami is 7-4 over its last 11 games.

At 31-22, overall, the Braves lead the NL East by three games over the 28-25 Marlins. But Miami also leads the Phillies by one game in the battle for second place, and second place makes the playoffs this season.

These teams have split six meetings so far this season.

Ynoa is 0/4 on quality starts this season, serving as an “opener” to go along with four appearances in relief. Last Tuesday, he held Baltimore scoreless on two hits through four innings, with five strikeouts, before leaving the game with a stiff back. And five days before that, he held Washington to one run through three innings of relief, with four strikeouts.

This will be Ynoa’s first-ever start against Miami.

Lefty Rogers is 1/5 on quality starts this year, partly due to a short leash. Last Wednesday, he held Boston to one run and three hits through three innings before leaving the game after getting hit in the back by a batted ball. But five days before that, he got bombed by Philadelphia for nine runs – eight earned – through three innings.

On the season, Rogers has allowed 14 ER and 22 hits, including five home runs, through 21 innings, with 29 strikeouts against ten walks. The Marlins are 3-2 when Rogers starts.

This will be Rogers’ first-ever start against Atlanta.

DEPOSIT $100 TO $500 AND GET A 100% DOLLAR FOR DOLLAR MATCHING REAL CASH BONUS AT ONE OF THE WEB’S BEST BASEBALL BETTING SITES: GTBETS

Miami is batting .234 this season against right-handed pitching, with a .322 team OBP and a .362 team slugging percentage. The Marlins have also been shut out three times over their last nine games.

The Atlanta pen owns a 3.43 ERA and a 1.26 WHIP, along with a 2.62 K/BB ratio. Numbers like those help this unit rank among the top half-dozen bullpens in Baseball.

This game will probably come down to the bullpens, and the Braves own a considerable advantage in that department. So we like Atlanta. But we don’t like that price. So we’ll take a chance and give the run and a half with the Braves against the run line.