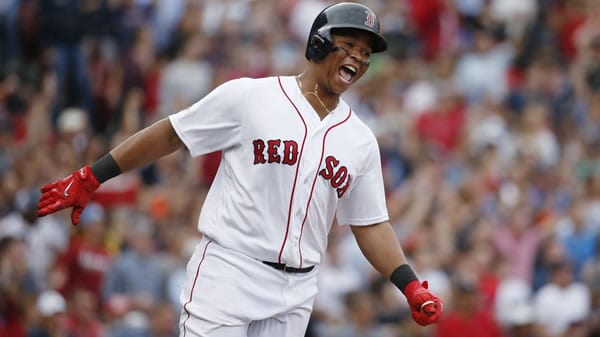 New Kid on the Block

Cody Poteet wasn’t supposed to be doing this, not after crashing out of the 2018 season in the minors and missing all of 2020, thanks to the pandemic. But Poteet is off to a fantastic start to his MLB career, as he already has two wins in three starts and has shown an incredible amount of control. He only relies on three pitches, but hitters don’t yet know how to attack him, and because he’s finding the strike zone so well (two walks vs. 13 strikeouts in his first three games), most hitters are in a hole before they have a clue what to do.

So far, Poteet has not only showed strong command but he’s matched that with excellent durability. He’s made it through five innings in all three of his starts, and each time, he’s left the game with the lead. He’s not going to wow anyone with his strikeout numbers, but he keeps the ball down and seems to know exactly where his pitch will be placed, making it very difficult for hitters to get ahead of him and have time to outthink him.

Keeping It On The Ground

Fenway Park is a truly beloved stadium by many people for many reasons, but pitchers usually aren’t part of that group. That’s because as one of the last two parks from the jewel box era (the other is Wrigley Field), Fenway Park is a hitter’s paradise. With the Green Monster just 315 feet away and Pesky’s Pole even closer, a pitcher has to work here to get the job done.
There’s only one way to keep yourself from becoming a victim of Fenway’s dimensions if you’re a pitcher: keep the ball on the ground as much as possible. That’s exactly what Martin Perez has done in each of his past five starts, as his ground ball to fly ball ratio hasn’t dipped under one since his second start of the year at home. Not coincidentally, Perez hasn’t given up more than two earned runs in a home start in any of his past three trips to the mound.

Of course, keeping the ball on the ground only works against the right kind of opponent, and the Marlins are exactly that because of their severe lack of power. Miami ranks in the bottom fifth in baseball in slugging percentage and 28th in the majors in home runs. Through 50 games, the Marlins have just 44 long balls to their name, ahead of only the Mets and the Pirates.
Boston’s on the other end of the scale, as the Red Sox have hit 67 home runs on the year. That’s mainly because J.D. Martinez, Xander Bogaerts, and Rafael Devers have been mashing the ball all season long, a significant reason why Boston has surprised so many outside observers and charged to the thick of the AL East race after last year’s disaster. The RBI totals drop drastically after getting past those three, but Boston has found a lot of success simply by having its other six lineup spots get on base and let their big three do the work.

This will not be a great day for baseball, with temperatures at 51 degrees on an overcast day in Boston, with light drizzles in the forecast. The wind is set to blow in from right field toward the third-base dugout at seven miles per hour.

Poteet has pitched well to start the year, but let’s take a look at his opposition to this point. The best team he’s faced as a starter is Arizona, which ranks middle of the road in offense. The Phillies are below average at the plate, and the Mets have been a complete dumpster fire on offense.
That says that eventually, Poteet’s likely to run into a problem when he faces a team that can actually hit, and the Red Sox are that kind of team. Throw in pitching at Fenway for the first time in his career, and it seems likely that Poteet could struggle here.

Boston is playing the better baseball and should hit its way to victory here. Give me the Red Sox. Bet this weekend’s picks FREE by taking advantage of a 100% REAL CASH bonus on your first deposit of $100 to $300 at MyBookie Sportsbook! (Must use bonus code PREDICT100).