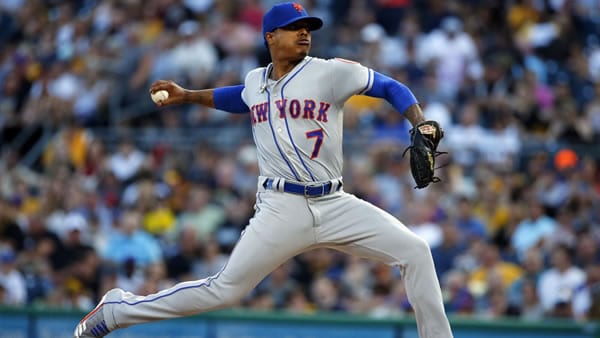 Moneyline: NYM +125/SD -135 (Get MLB Dimelines >>> Pay less for favorites and win more on underdogs! Anything less is a waste of your money!)

From Out of Nowhere

When you have a bad day at Wrigley Field in June, it can turn into a horrible day in a hurry if the ball starts carrying. That’s what happened to Chris Paddack in his seemingly random off day in his most recent start, as he served up three mistakes to the Cubs that allowed Chicago to break the game open. The third was the killer, a two-run shot from Kris Bryant that probably wouldn’t have left the park at Petco. Without that, the game would have stayed at 3-1 in the fifth, and San Diego still would have had a chance.

But that’s neither here nor there now. The important thing to take out of that game is that despite giving up five runs to the Cubs, Paddack actually pitched decently when it came to missing bats, fanning six in 4.1 innings of work. But the concern is whether the loss to the Cubs was an aberration or a return to the poor form that Paddack showed in April. Through May, Paddack was outstanding, giving up four hits or less and holding opponents to one run or fewer in four of his five starts. But in April, Paddack didn’t have a start that saw him hold the opponent to less than three runs. Not all of those situations were his fault (only one run out of three was earned in an 8-3 win over Pittsburgh in April, for example), but if Paddack is back to the early issues he showed at the beginning of the season, it’s going to be very difficult for the Padres to score enough against the Mets.

The Sunday Morning After

Saturday evening was as good as the Mets could have hoped for as they rode Jacob deGrom to another outstanding performance. New York has almost had an automatic win once every five days as of late, as the Mets simply plug in deGrom and hold the opponent to a run or less. But there’s a problem on the back end for the Mets: the day after deGrom pitches.
For the year, deGrom has nine starts, and the Mets are 1-5 with two rainouts on the day after deGrom pitches in his first eight starts. Part of that can be explained by the fact that New York can’t hit no matter who it has on the mound, as the Mets still rank last in the majors in runs scored, but the other factor seems to be that the Mets don’t come down from the high of having deGrom dazzle everyone until two days after it happens. It sounds strange, but the extra day has actually made a difference: the Mets won the game after deGrom’s start both times when the day after deGrom was rained out.

Finishing a series has not been a strong point for San Diego as of late. The Padres have lost three straight series finales and only made one of them close, as they took Milwaukee to extra innings before succumbing in 10 innings. Against Houston and Chicago, the Padres barely made their opponents sweat, losing by 7-4 and 6-1 scores.
However, one key thing to remember is that all three of those series were on the road. When San Diego has played at Petco Park, everything has been flipped on its head. In the Padres’ past four series at Petco Park, not only has San Diego won, but they’ve covered each of them on the run line. The Mets haven’t exactly overstayed their welcomes as of late, as they’ve lost three of their past four series finales outside of Queens.

It’s going to be a pleasant day in San Diego, with temperatures at 66 degrees and winds blowing 10 miles per hour out to right-center.

The Padres have been closing things out at home pretty nicely, and the Mets are likely to be under the cloud of the deGrom hangover again in this matchup. Marcus Stroman should help keep the total low, but the Mets’ lack of offense will likely be their undoing in this one. Paddack should bounce back after a bad day against the Cubs, and if he does, this should be one in the win column for him. Give me the Padres here. Bet your MLB picks FREE this week by taking advantage of a 100% real cash bonus on your first deposit of $100 to $300 at MyBookie Sportsbook! (Must use bonus code PREDICT100 to receive the special bonus!) Click here to sign up now!